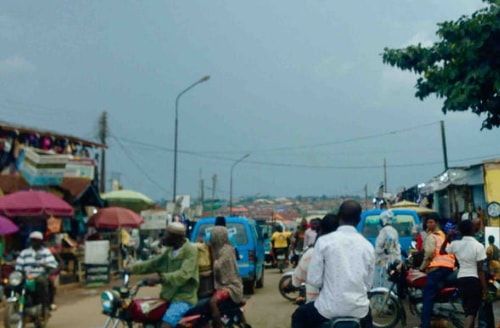 A man in Akwa Ibom state has been sentenced to death for killing his father.

The convict, Utibe Etim reportedly lost his temper during an argument over the sharing of a rabbit he caught and used axe to hit his dad on the head.

The deceased, traditional bone setter  Daniel Etime was reported to have died later in the hospital as result of the injury inflicted on him by his son.

Delivering judgment on the matter in suit No. HIT/21c/2016, Justice Edem Akpan of The Akwa Ibom State High Court declared that the prosecution, having called five witnesses, including a pathologist, who conducted the autopsy, had proven the case beyond reasonable doubt.

He reviewed the arguments of both counsels and noted that the accused had earlier admitted in his confessional statement to the police that he hit his father with an axe on the head after an argument, which ensued over a piece of meat, and sentenced him to death by hanging.

In his ruling, Justice Akpan said:

“The sentence of the court upon you Utibe Etim is that you be hanged by the neck until you are dead and may the Lord have mercy upon your soul.”