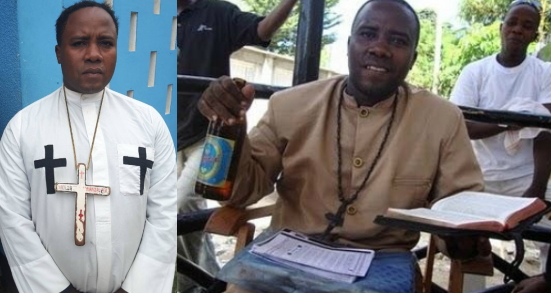 A highly controversial self acclaimed Prophet in Tanzania, Nabii Tito has been arrested days after he shared photos of himself kissing his housemaid and wife on the social media.

Tito was picked up by police following public complaints in Dodoma on Tuesday for his unruly behaviours that is capable of misleading others.

The controversial prophet who real names are Onesmo Machibya usually roams about the streets preaching with beer in one hand and the Holy Bible on the other hand.

An arrest warrant was issued for him before he was picked up yesterday and charged with indecency.

Many Tanzanians today praised the police for his arrest. 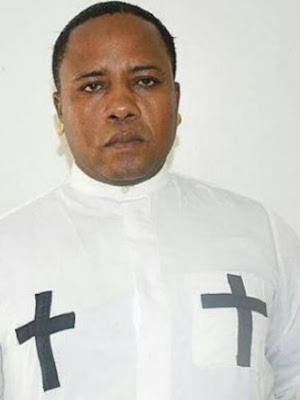 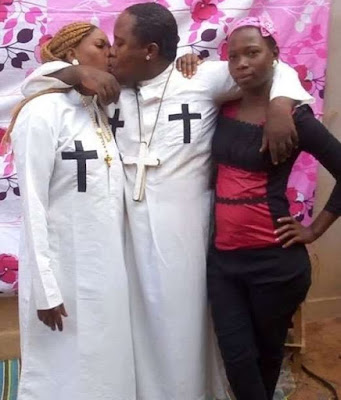 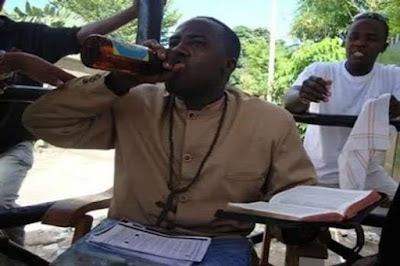 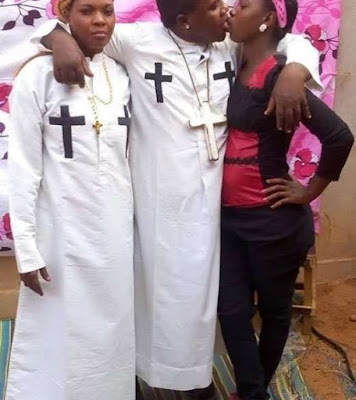 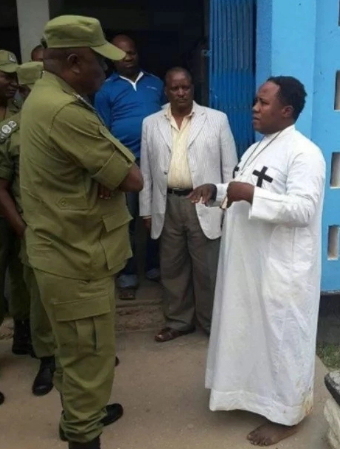 If controversial South African Prophet Lesego Daniel who orders church members to eat grass did such in Tanzania, he would have been in jail by now.

Indecent acts people get away with in other African countries is a serious criminal offence in Tanzania.