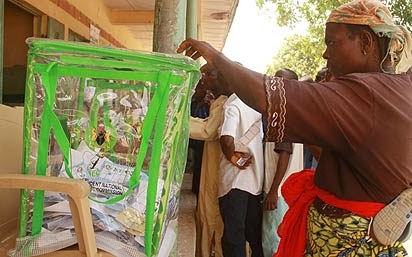 The police in Taraba State has arrested the electoral officer in charge of Ibi local government area of the state over alleged electoral malpractice in Saturday’s presidential and National Assembly polls.

The command’s spokesman, ASP Joseph Kwaji, who confirmed the arrest, said voters in the area reported to him when they discovered that ballot papers for the House of Representatives election were tampered with.

He said the highly charged voters almost lynched the INEC official before the police came to his rescue.

Kwaji said investigation was going on to ascertain what actually transpired in the area.

However, we gathered that the electoral officer was allegedly paid by one of the PDP candidates in the election to the tune of N20 million to rig the election in his favour.

The resident electoral commissioner in the state, Alhaji Ahmad Makama, who also confirmed the incident said that the concerned official had been removed and handed over to the police.

Continue Reading
You may also like...
Related Topics:inec, official, taraba