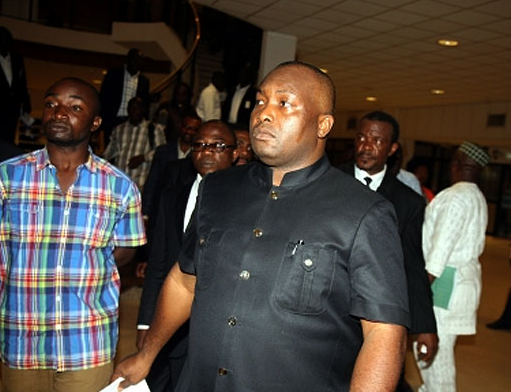 In an unprecedented show of brazen arrogance and crude display of force, the ex-gubernatorial candidate in last race in Anambra, Chief Ifeanyi Ubah and his PDP colleagues, took rigging to another level.

In what would have impressed judges in Oscar screening, it was more or less like an action-packed Hollywood flick traversing through many collation centres in Anambra South Senatorial District. Leading the charge like a disgruntled antagonist, Ubah and his henchmen went about with so many military men and policemen, all well-armed, battle-ready. They openly displayed dollars as monetary inducements to earn the cooperation of INEC officials, then intimated out rightly where there was any show of resistance. Shots were fired indiscriminately and as party agents and INEC official scrambled for dear lives, result sheets and materials were carted away. 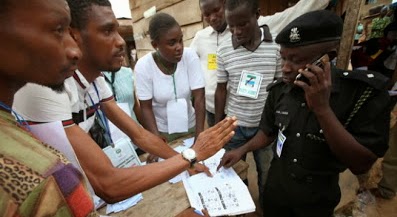 At Ihiala, it was more or less a Rambo-like operation. A staunch resistance anchored by a most-respected citizen of the area in person of Dr Ernest Obiejesi, otherwise popularly known as Obi Jackson halted the Ubah–led assault team in their tracks. But it was only temporary. Chief Ubah had a mission to cart away INEC result sheets and materials and physically triggered a degeneration that led to brazenly assaulting Mr. Obiejesi, leading to warfare. Both parties fired shots indiscriminately, leading to direct bullet shots at Dr. Obiejesi’s personal vehicle, that could have ushered in fatal consequences if the solid mass of metal wasn’t perfectly bulletproof.

The mayhem resulted in some people being hit by bullets while a mobile policeman was reportedly killed in the process. The youths of Ihiala promptly reacted, barricading the Local Government Headquarters with bonfires in an attempt at preventing Ubah from distorting an exercise they massively did in favour of APGA candidates, throwing the area into a cordoned zone for about two hours. With mission half-accomplished, Ubah and his team escaped to another collation location. With reports of this rascality getting to various collation centres, apprehension ruled all over the remaining six centres in the zone. It was so tensed that the sound of any vehicle misfiring could have triggered stampede. 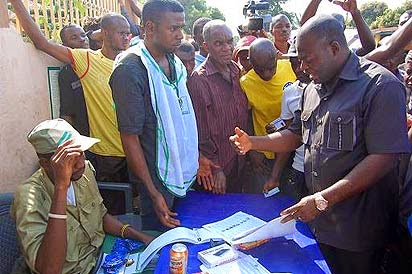 In Ukpor, headquarters of Nnewi South LGA, electoral matters were seen littered all over the place as a result of attempting same mission of carting them away. Chief Nicholas Ukachukwu and his brother, Linus Ukachukwu were the chief operators here, threatening with their own team of military and policemen, moving into INEC offices as if they were government officials. It will be necessary to institute an investigation to ascertain why the notorious Ukachukwu brothers who are not candidates in this election had unfettered access to INEC office in Nnewi South Local government. The same type and level of brigandage reared its unfortunate head here – thwarting the wishes of the citizenry.

This is utterly bizarre! Such a pity that in 2015, people’s mandate could be so callously robbed in full view of the citizenry. INEC officials being publicly induced with huge sums of money, including foreign currencies and most ignobly being intimated with armed military and police men. How could such brazen breaking of the law still take place at this modern era when our democracy should have taken a positive leap forward?

At the final collation centre in Nnewi, INEC officials were placed in different places in the collation center and openly compelled to falsify results to favour PDP candidates. This continued all through the night until around 4a.m. The manipulation couldn’t even get to conclusion when the Returning Officer was ordered to announce results in favour of PDP. The RO, a respectable professor, not interested in putting his reputation on line, flatly declined announcing any result when collation had not been concluded. In his place, a lady called blessing, whose identity could not ascertained and who was not anywhere near the appropriate ranking to do so, announced result in favour of the PDP senatorial candidate. This obviously invalidates the announcement made. This lopsided announcement eventually became the result being carried in the news media.

Noteworthy is the fact that the APGA senatorial candidate of the zone, Dr. Ernest Ndukwe clearly won five of the seven local government areas form the results from poling units. When actual collation is done, the citizens of Anambra South Senatorial District will be vindicated in their overwhelming choice for a man who represented a positive change from the dark days of inadequate representation.
Dr Ndukwe has asked INEC to disregard the announcement and not issue a certificate of Return to Mr Andy Uba until the collation of results is completed for all the local government and final results ascertained.

The last has definitely not been heard of the exercise of March 28, regarding the senatorial race in Anambra South Senatorial Zone.