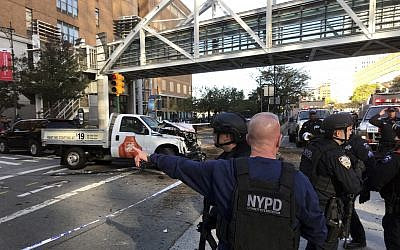 A suspected terrorist has been shot by New York Police Officers after plowing his pickup truck into pedestrian and bike path in Lower Manhanttan.

According to Police tweets, the vehicle struck multiple people this afternoon and then hit another vehicle in  Lower Manhattan. 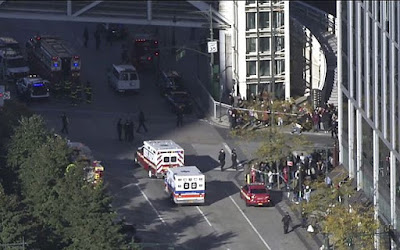 He reportedly came out of his vehicle displaying imitation firearms and was shot by Police on duty.

According to media report,  the suspect’s statement is consistent to that of a terrorist.