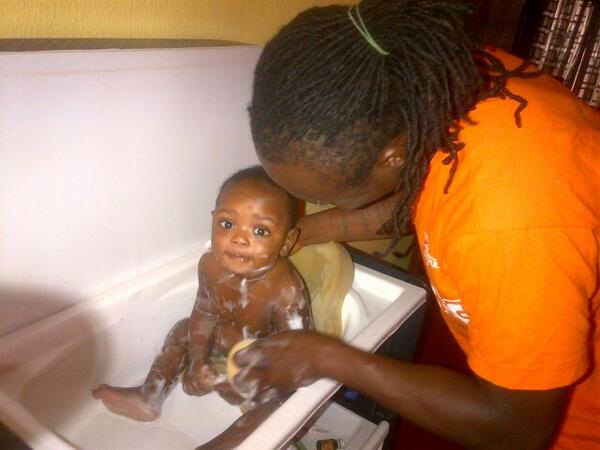 Few months after his birth, the rapper released some daring pictures of himself backing his son followed by several other interesting pics.

In this latest photo, Terry G shared an intimate bath time moment with his son.

What a lucky baby he is.