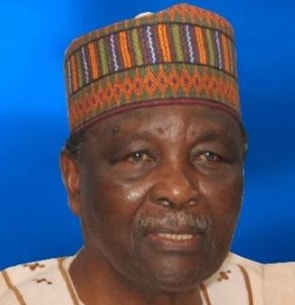 When a nation is adrift and the future seems shaky with attendant national disaster, it behoves on men of conscience and past leaders of such a nation to speak out and point out ways of avoiding the danger confronting such a nation. I will like to make a brief incursion into history to buttress my point. When the ominous dark cloud of war was gathering in Europe in the late 30s, Sir Winston Churchill in Britain spoke out against the appeasement policy of Prime Minister Chamberlain towards Hitler whose army was rampaging across Europe. In France, Charles De Gaulle also later spoke and acted against the Vichy regime of Petain who collaborated with Nazi programmes of oppression and genocides. Over here in Africa, the legendary Nelson Mandela of South Africa condemned his successor Thabo Mbeki when he was becoming aloof and impervious to the yearnings of the Black South Africans. It is also on record that Archbishop Bishop Desmond Tutu condemned strongly the anti-democratic policies of Robert Mugabe in Zimbabwe.

It is no exaggeration to say that since independence our dear country, Nigeria had faced many dire situations that threatened its corporate existence. The latest of these is the gory activities of the fiendish Fulani herdsmen in many parts of the country especially in the middle belt region of Plateau, Benue, Kaduna and Taraba states. These Fulani herdsmen go about with sophisticated weapons like AK47 to kill and maim innocent people. They burn houses, and take over people’s land by force. In fact some of their apologists have told the whole world that the Fulanis own the land of the proud Tiv people by conquest. These Fulani herdsmen had brought sorrow and misery to the people. These marauding herdsmen are bad news to the people of Nigeria as they have brought untimely death of up to 2000 people and we are still counting.

The heinous activities of these herdsmen who have been referred to as Fulani militias by some people had attracted the attention of the United Nations that had classified them as terrorist organization on a scale above the dreaded Boko Haram. Back home, two of our past leaders, Generals Obasanjo and Babaginda had condemned the activities of these malevolent herdsmen. These leaders had no doubt failed the nation in the past but with regard to their condemnation of these herdsmen, people are ready to ignore the messengers and concentrate on the message. These leaders have now been joined by the taciturn General Theophilus Danjuma whose Taraba home state, has been ravaged mercilessly by these rampaging Fulani herdsmen. Danjuma is not known to be frivolous and for this reason he commands a lot of respect in the country and that is why his intervention on the atrocities of the herdsmen is causing a lot of concern in the government circles especially for his call on the people to defend themselves because the statutory organ empowered to protect the people have failed as they were colluding with the evil killers.

Whatever may be the past shortcomings of these leaders, I think Nigerians owe a debt of gratitude to Obasanjo, Danjuma and Babangida for speaking out against the latest threat to the corporate existence of the country. Unfortunately there is an important voice missing in the condemnation of the quagmire imposed on the country by these Fulani herdsmen. That missing voice is that of General Yakubu ‘Jack’ Dan-Yumma Gowon, the man who was the shining face of Nigerian unity at the darkest moment in our history when the country was at the brink of breaking up. I believe but I concede that I may be wrong to say that we may not have a country called Nigeria today if General Gowon had not been the Head of State during the political crisis in 1966 and during the ensuing civil war that ravaged our country between 1967 and 1970. His calm posture and moderate ways with which he handled delicate national issues thrown up in the political crisis and the war won the hearts of many people for the cause of Nigerian unity which he championed. His policy of ’no victor, no vanquished’ calmed the nerves of protagonists of succession and won him international acclaim.

Despite his lofty and unforgettable achievement as the man who prevented the disintegration of Nigeria, General Gowon has disappointed many people including his numerous ardent admirers for his tepid approach and attitude to issues that could destroy the corporate existence of the country which he championed in a godly fashion between 1967 and 1970. This unfortunate disposition of the General had been observed by this writer with concern as one of his admirers as far back as 1994. In that year out of frustration, I wrote him an open letter which was published in The Punch of August 30, 1994. In the letter, I implored the General with all the respect I could muster, to call the late malevolent Sani Abacha to order before he destroyed Nigeria by his draconian actions. Nothing was heard from General Gowon on many atrocities committed by Abacha before he expired in 1998.

It is pertinent here to catalogue briefly, instances where General Gowon let the people down with his deafening silence on vital national crises. In the first coming of President Buhari in 1984, we were inundated with oppressive retroactive decrees which sent some people to their untimely death. We also had under his military administration, emasculation of press freedom with the infamous Decree 4 which led to the imprisonment of two leading journalists, Tunde Thompson and Nduka Irabor. Nothing was heard from General Gowon on this vicious erosion of people’s freedom. This attitude continued under the succeeding Babaginda military regime that annulled the freest election ever held in this country – the June 12, 1993 election. General Gowon up till today had never condemned the annulment. Also the debilitating economic policy of Babaginda dubbed by some people as Structural Adjustment Programme (SAP) without human face which was roundly condemned by Obasanjo and leading economists in the land did not get any attention from this architect of one Nigeria. None of the Obasanjo’s dictatorial tendencies during his second coming also caught the attention of General Gowon as he kept quiet during this period. We also did not hear any voice of condemnation from Gowon on the unbridled corruption and waste that characterised the administration of President Goodluck Jonathan.

Now to the present regime of President Buhari which every body knows is riddled with nepotism, sectional arrogance and other failings. All these shortcomings of the administration pale into insignificance when compared with present gory action of the rampaging fiendish Fulani herdsmen which Buhari administration has made very tepid attempt to curb. Plateau State where General Gowon comes from is one of the states in the eyes of the storm with regard to the killing and maiming of people by the herdsmen, despite the pretence of the governor, Simon who prefers the praise of President Buhari to the safety of his people.

General Gowon is yet to make any statement on the misfortune of his people and other people who are being killed by the herdsmen all over the country. Many people still look up to Gowon to say something on this unacceptable situation in our country. When he led Nigerians in the war against the disintegration of the country, I am sure he was not bringing us together to be slaughtered systematically by the Fulani herdsmen some years later. General Gowon owes it a duty to the memories of the people who fought gallantly to keep Nigeria one, to speak loud and in an unambiguous way against the carnage being perpetrated by the Fulani herdsmen in different parts of our country. The earlier he does this, the better for his image.

I know that General Gowon runs an outfit called ‘Nigeria Prays’ in which he mobilizes people in different parts of the country to pray for Nigeria. This is commendable but it is my humble opinion that prayers do not preclude loud and clear condemnation of evil in whatever form or guise it may appear. In ending this piece, I will like to draw attention of General Gowon to an Anglican hymn which among others says that the person who is on the side of the Lord is somebody who is “Noble, True and Bold”