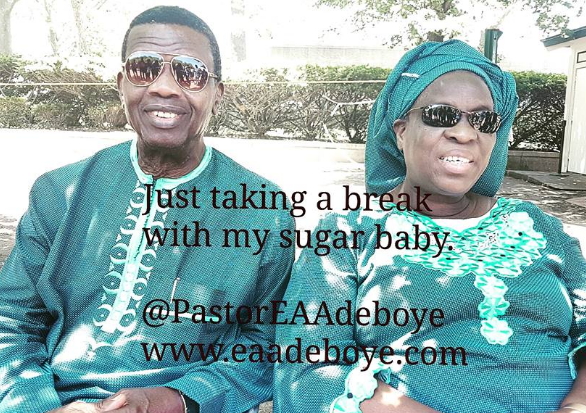 Have you heard of the loving and romantic side of the General of Overseer, of the Redeemed Christian Church of God, Pastor Enoch Adeboye? Back in his university days, he was not only a brilliant student, he was also a good photographer.

He used to derive lots of fun taking photographs of fellow students, then, as a means of making extra income to support himself. But a sweeter permanent relationship developed after he met the love of his life, Mummy GO, Mrs Folu Adeboye while carrying out his part time job: Incidentally, close associates have said that the love story of Daddy GO and his darling wife, Pastor Mrs. Folu Adeboye, is one of the most romantic love stories ever.

Accordingly, the Man of God has not only proved that besides having God at the centre of his life, he is a living proof that real men still exist. However, the facts about Baba Adeboye may remain a mirage to many except now that Sunday Telegraph has decided to let you on it.

Hence, as Daddy and Mummy GO celebrate the faithfulness of God on their 49th wedding anniversary this year, your favourite Sunday Telegraph thought wise to reveal to our dear readers 20 things you would never believed Pastor Enoch Adeboye ever did or still does.

Now lets start with this one: Pastor Adeboye married twice. Surprised? Oh not what you’re thinking. He had a traditional marriage at first; and then a white wedding in church followed about two years after. Secret number two: Daddy GO couldn’t afford a ring then; but he promised his wife that she will never lack anything and he has ever since kept this promise. The third secret will shock you. When Adeboye could finally afford a ring, he refused to buy or wear one. He also mandated his last son, Leke Adeboye, to do same. 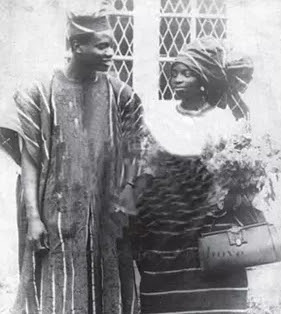 How about this for size? Adeboye wouldn’t eat food or drink anywhere his wife doesn’t approve first. He prefers his meals freshly cooked daily. Adeboye also expects his wife to fast with him when he is fasting. Someone can swear that this is not intended to save on food expenses.

He has a habit of eating dinner between 4-5pm and that’s it for the day. Adeboye sometimes goes into the kitchen to give moral support and taste the food. He also gives advice about food seasoning. S e c r e t number 10, Adeboye leaves his w h o l e f a m i l y for about five days, no phone calls, no distractions, even his wife is not allowed around him, thrice every year. One can guess whose face he goes to seek, when he turns his back on all including his loving wife.

Come to think about it, did you ever know that Daddy GO used to be very fat; his weight was so disturbing that his wife begged him to do something about it. Consequently, he made efforts to reduce his body mass. In the process, he saw a need to avoid fizzy drinks.

Now, he drinks only water, fresh fruit juice and teas. The love bug would never leave Nigeria without his better half and is never more than a two-hour drive or flight away from Mummy GO, in the month of her birthday. This is one of the promises he made to her when they got married.