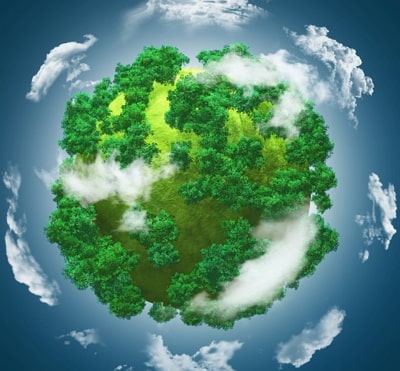 There Is A World Outside This World

There is a world outside this world. I do not mean the planets scientists told us about, no. This world is a world where every invention that we have in the world today existed before now. The technologies we use now; our so-called ultra-modern architectural constructions have existed, heretofore, in this planet before we started using them in our planet. I need to avail everyone that Earth owes its continual growth development to this planet; otherwise there would be no growth and development in any part of the world today. Every modern development, all piquant art, and new technologies are firstly formed in this orphic world before we see them here on earth.

The mind is the orbit of human change and development. I believe that every human being is born to live in the world of the mind as there are several continents of creativity in the planet of the mind of the human being. Thus, do not stop yourself from travelling through the length and breadth of the planet of your mind to create inventions that will efface the world from her present darkness. One of the reasons the world has not arrived at a more civilized point is because many of us have failed to decipher that the purpose of being in this world is to add value and creativity to the world for future generations to accredit. If we all travel back in time, we would realise that there was a time in human history when there was no such thing as telephone.

Perhaps those who existed in that period must have believed the form of communication they had as the highest form that could ever be until Alexander Graham Bell and Antonio Meucci decided to explore the planet of their mind for a new invention that will change the curvature of human technology. If they had failed to expunge the invention inside their mind, maybe letter writing would have remained the highest form of communication existing in the world today. We are all here for a reason and that reason is to recreate the world as the creator has done.

If we neglect our duty towards our common earth, who will change the world? Do not think that you are not capable of making that dream a reality. Do not think that people will call your imagination bizarre. The works of geniuses we rely on today was once rejected but as they continued to believe in their minds, their thoughts and invention, the world soon realized that they were sick and the only antidote to their sickness is what they have previously rejected.

The future is not far from us; the future is in our minds; and as long as we can imagine it, we can make it come true. The future is an art in our hearts that deserves a painter. This art is hidden to us as a living portrait. It is a portrait that can take us beyond the world of our present state as humanity. But I need to tell us all that we have been equipped by nature, in our hearts, with all the arts we need to experiment in reality. What we have been equipped with is what I call “truth”.

By “truth”, I do not posit the literal definition we all probe towards “truth”. I believe that “truth” is what a man possesses to redefine himself and his world. We are all given a particular truth right from our birth time; but if we, as humanity, fail to make use of this epochal truth, the whole world lies in a beautiful darkness.

What makes it a beautiful darkness is the fact that we would be satisfied with our present state; we would see it as a luxurious one while we are oblivious to the fact that nature has armed us with what we need to change the world; but we have failed to. If scientists and technologists have refused to make apposite use of their truth, we could have been living in the 21st century of beautiful darkness, today. This is why I have called the future an art in our hearts that deserves a painter.

This art is in our minds; our psyches. Speaking metaphorically, our minds or psyches are like trees that we cut down to make, perhaps, a chair from it. We might try to form a complex or simple shape or a curvature or something that would appear attractive. Thus, our minds are like forests of endless trees because we are endowed with imagination; and as long as we keep imagining we keep procreating ideas.

The animal world could have developed above what it is or even above the human world if they could think and imagine. Imagination is enough to fertilize the ground on which a strong future is built (this is why writers of science fiction could create a futuristic world). Ideas are like the trees we cut down from our minds to reshape and reborn the world of a safer future. But if we neglect ideas, the world is liable to death because the world owes its continual existence to birth.

We must be ready, as one planet, to give birth to ideas; and educate our souls with these ideas. The soul is that part of human beings that does not eat physical food. The soul feeds on knowledge and knowledge is what the world needs to relocate from a fading or obsolete way of doing things to a new modus operandi. A world that is starved of knowledge is a dying world. If we engage our minds in thinking about the future, we have the power to change it today.

The fate of our earth relies on how much we channel the energy of creativity in our minds. Illnesses, at times, heal faster if the mind is made to think positively. This is why I will put that the world of the mind is the reason for the human existence. This life is merely death and one has to die to live. I believe and assert that the moment we were all in the womb of our mothers, we were all in our coffins; and the nine months we spent is a reflection of our burial’s procession; and when we were birthed, we were buried on this earth. But accept my words when I say that the only way to live again is to live in the mind: a paradisal planet.

Allow your mind to create the seemly impossible artistic doctrines and technologies and you will see that your true existence is not here but in the heart. It is the amount of your devotion to the mind that reflects in the world. Everyman is born to die; and to die is to be born. Live in this world as though it is ordinarily a shell. Do not run after someone’s invention for imitation because it is a pathway to killing the divine attribute of creation in you. Do not be the shadow of someone else’s mind. Mind your mind. The planet of your mind is sufficient for you to make a change in the world.

Continue Reading
You may also like...
Related Topics:outside, this world, World