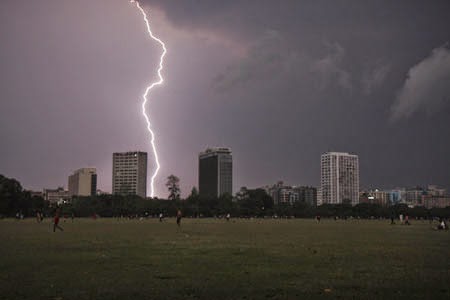 The leader of the National Union of Road Transport Workers (NURTW) in Ondo West LGA of Ondo State reportedly slumped at the weekend and died on his way to work.

His relatives told Crime Watch that Akinfolarin died on his way to the motorpark located close to his house. It was gathered that passersby rushed the late NURTW boss to a private hospital in the town where he was confirmed dead.

A source said the deceased was hale and hearty before he left home on Famakinwa Street in Ondo town. The late Akinfolarin was said to be an executive member of the Bolorunduro/Oboto Unit of the NURTW. However, the state police command did not confirm the incident to journalists.

Although, it was gathered that medical report indicates that the late Akinfolarin died of cardiac arrest, it was also learnt that the deceased died of thunder. The remains of the NURTW boss have been interred by his relatives.