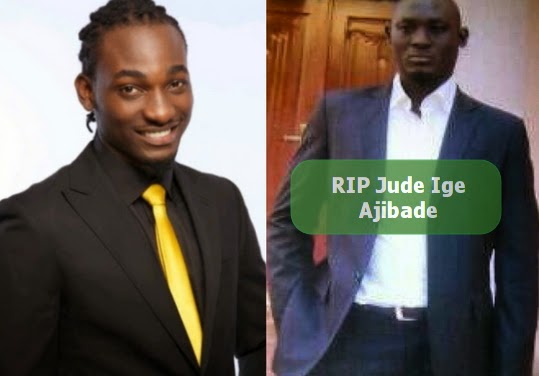 Tinsel actor Gbenro Ajibade is bereaved. The newly engaged movie star lost his brother on Tuesday the 23rd of September 2014 moments after chatting with him on Facebook.

Gbenro said he was shocked when he got a call from the wife of the deceased that he had died moments after they chatted on Facebook.

Hear what the Tinsel star told his Instafans:

“R.I.P JUDE IGE AJIBADE AM HAPPY U HAD D CHANCE TO MEET D LORD BEFORE U LEFT US.U DIED SMILING SO AM REST ASSURED UR IN A BETTER PLACE.GOD BLESS U AND UR SOUL.UVE BEEN AN INSPIRATION TO WE D REST OF UR SIBLINGS,TREATED US LIKE UR FELLOW TWIN AND WE FOREVER GRATEFUL,HAPPY N PROUD OF U FOR THAT…..A-LAH IT WOULD TAKE ME A WHILE TO RECOVER FROM THE SHOCK COS I WAS JUST CHATTING WITH U ON FACEBOOK,WENT FOR FITTINGS,TO D GYM N THEN BACK TO MY HOTEL ROOM FOR UR NUMBER TO CALL ME N MARIAN SCREAMING N SAYING SOMETHING DIFFERENT.WOULD FOREVER MISS YOU!!!! REST WITH D LORD.AMEN”

In a telephone conversation yesterday, Gbenro Ajibade said his late brother had kidney problem and he was on dialysis.