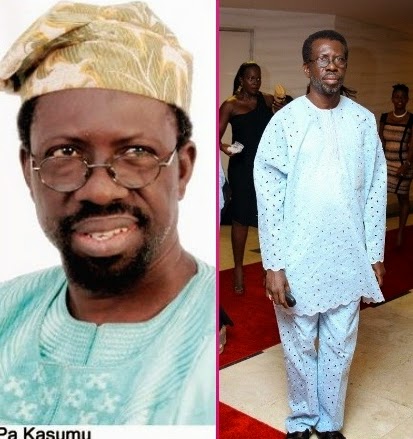 Veteran Nollywood actor Kayode Odumosu aka Pa Kasumu has returned to the screen months after he was diagnosed with liver and heart diseases.

According to his eldest son, the actor is recovering well after a series of treatment he received at an hospital in Lagos.

“He has started work already, but people would not know because his recent works are not yet out on the television. About three weeks back, he concluded some production meetings and I was made to understand that he had resumed work already.

“Probably what I am telling you that he is working on might not come out this year. For somebody who has not been at work for over a year, he has to take things gradually. We the children are happy that he started work because we stand to gain a lot by him doing some physical activities. Sitting at home could make him sick the more.”

“For now, he is receiving treatment in Lagos and we give glory to God that he is a lot better now unlike when the ailment started. He will travel abroad for further medical checkup, but it is nothing serious; it is just for him to have a better option and to make sure that everything is fine.