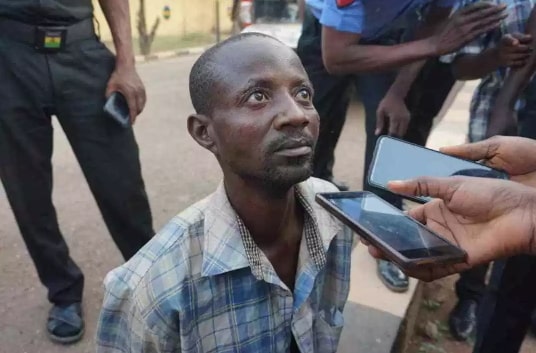 Less than 2 weeks after Gbenga Adeboyejo, a police corporal, attached to the Ogun State Police Command, disappeared, his corpse has been discovered and exhumed in a shallow grave at Opeji village, in Odeda Local Government Area of the state.

Operatives of the command uncovered the decomposing remains on Monday after a 30-year-old suspect, Jonathan Tsekar, a community leader, was arrested in connection with the incident.

Tsekar was identified as the leader of Tiv community in Opeji village. The Ogun State Commissioner of Police, Ahmed Iliyasu, who took reporters to the crime scene, disclosed that the suspect murdered the corporal on Saturday, November 25.

Iliyasu noted that Tsekar carried out the dastardly act in order not to refund a sum of N120, 000 he allegedly collected from the deceased. The money was meant for a charcoal business between the suspect and the late police corporal.

According to Iliyasu, the Tiv leader was arrested after the father of the deceased, Joseph Adeboyejo, lodged a complaint at the Odeda Police Station that he had not heard from his son for long.

The police boss said investigation later revealed that the suspect killed his victim in cold blood and secretly buried him, along with his mobile phone. He described the murder as, “wicked and callous.”

“On December 1st 2018, Joseph Adeboyejo reported at Odeda Police Station that his son, Gbenga Adeboyejo, a police corporal, attached to Odeda Division, who was on special duty, visited him at Ilorin, Kwara State on November 24. He told his father about a charcoal business he was doing with the Baale of Tiv community in Opeji village. The man further said that while the corporal was with him, he received a call from the said Baale, informing him that his charcoal was ready. The corporal then left for Opeji to meet the Baale.

“He explained further that his son called him on phone when he reached the Baale’s house, but since then, he had neither set eyes on the boy nor heard from him.
“Upon this report, the Divisional Police Officer (DPO), in charge of Odeda Division, a Chief Superintendent of Police (CSP), Baba Muhammed, swung into action and got Jonathan Tsekar, the Baale of Tiv community in Opeji and two other suspects arrested. The trio had earlier had contacts with the deceased.”

After the arrests were made, the case was transferred to the State Criminal Investigation and Intelligence Department (SCIID). Iliyasu, who said the suspects were put under serious interrogation, explained that forensic and technical investigative analysis were carried out on all antecedents relating to phone contacts and communications between them and the victim, which eventually yielded remarkable breakthrough.

“Jonathan Tsekar, who is the prime suspect in this case, confessed to killing the police corporal by hitting him on the head with a heavy plank of wood in order not to refund the sum of N120, 000 which he collected from the corporal. He further confessed that he buried the deceased in a shallow grave right inside the forest where he assassinated him in cold blood.” 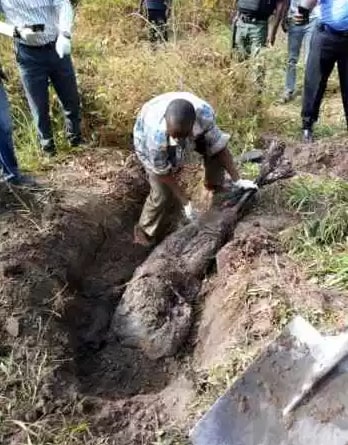 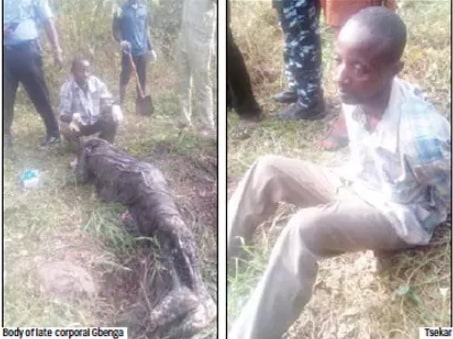 Iliyasu told reporters that the prime suspect would soon be prosecuted. Speaking on why he murdered the police corporal, Tsekar claimed that the deceased first attacked him after an argument. Tsekar stated that he never meant to kill the victim.
His words:

“He (corporal) complained that his goods were late and we started arguing. He struck me with a plank and I retaliated by striking him back with a plank. I didn’t intend to kill him. When I realised he was dead, I dug a grave and buried him.”