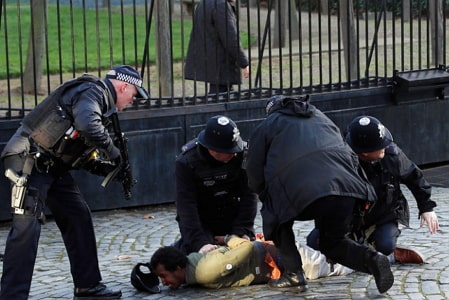 A man who was tackled outside the British Parliament today at the exact same spot where an attack occurred in 2017 is not a terrorist.

According to the BBC, the incident was not terror related.

London’s Metropolitan Police did not immediately respond to a request for information about the incident, while parliamentary authorities said police were handling it.

In 2017 March, a British Muslim convert Khalid Masood rammed a car into pedestrians on Westminster Bridge before fatally stabbing a policeman on guard outside parliament.

The attack which claimed 5 and injured 50 was halted when police shot the attacker dead.

Continue Reading
You may also like...
Related Topics:attack, british, man