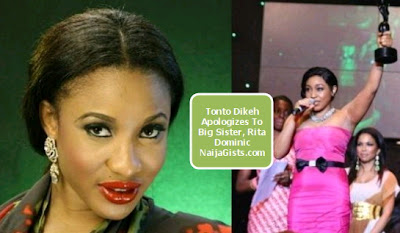 Nollywood actress Tonto Dikeh, 27 has come open to apologize to big sister, Rita Dominic, 37 over a controversial comment she made on twitter few hours ago about the future awards nomination.

Obviously shocked that her tweet was insinuated to be directed at the wrong person,Tonto Dikeh quickly apologized to Rita Dominic on twitter.

Here is her apology 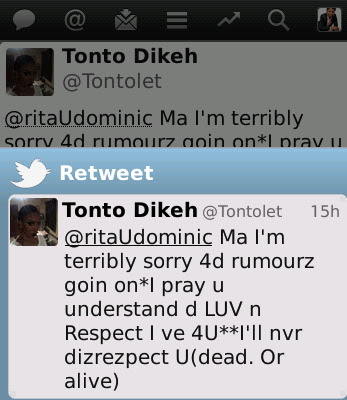 Na wa for this girl sha!