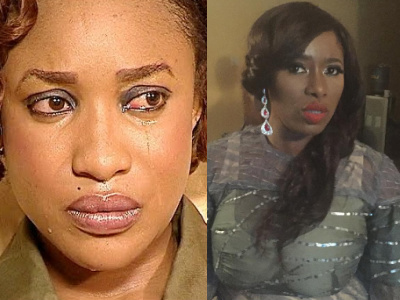 September 28, 2017 – Tonto Dikeh: I Had Miscarriages After 7 Domestic Violence Attacks, Azuka Ogujiuba Was Bribed To Destroy My Image

The ongoing media war between Tonto Dikeh and her former friend, journalist Azuka Ogujiuba reached a crescendo last night with the actress cursing the media practitioner for trying to destroy her image.

Tonto who claimed that Azuka’s boyfriend has become a close friend of her estranged husband placed a curse on the journalist in a series of letters she wrote on her Instagram page yesterday. 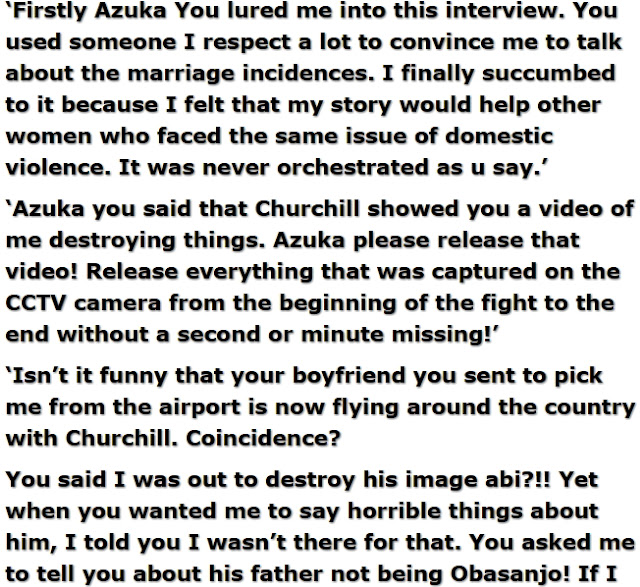 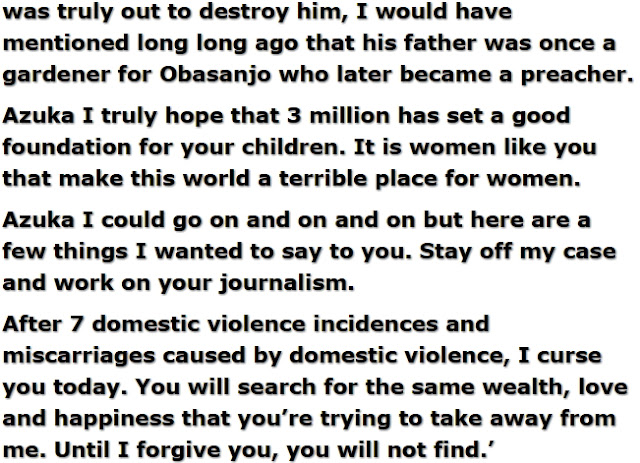 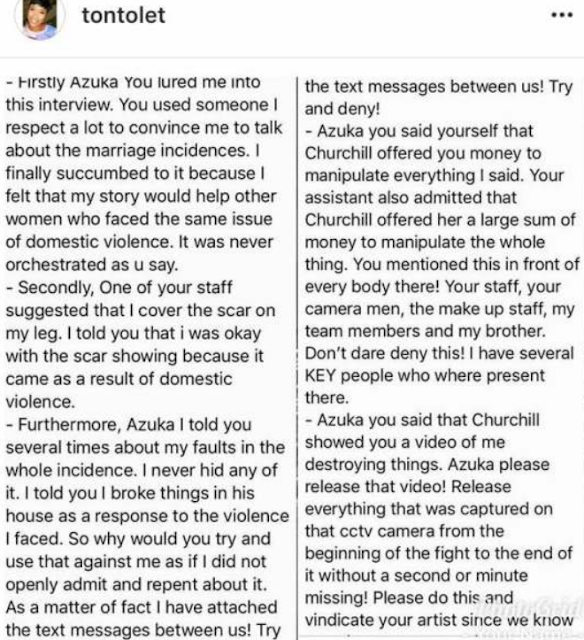 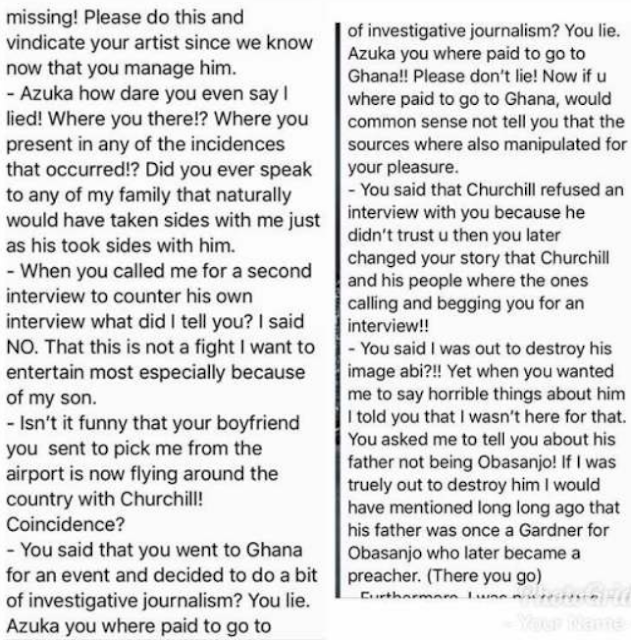 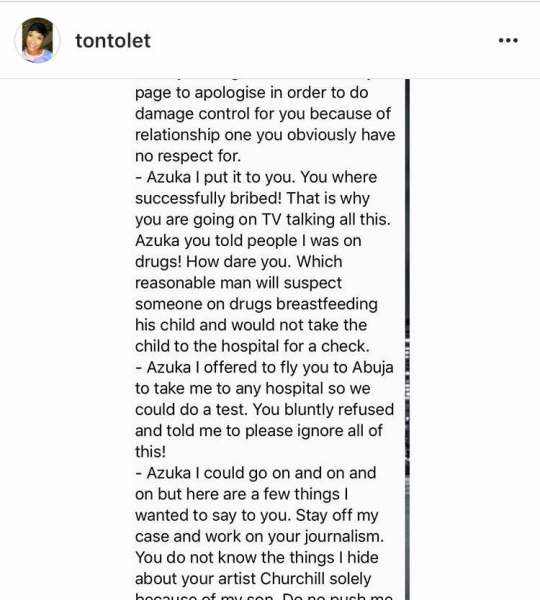 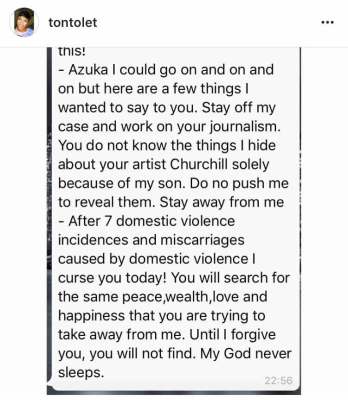 Azuka is yet to give seemingly troubled Tonto Dikeh an audience.

Tonto Dikeh Lied About Domestic Abuse, Her Husband Didn’t Beat Her – Journalist Exposes Tonto
Fayose Is Not Contesting In 2019, He Is A Political Agbero Destroying PDP- Kashamu