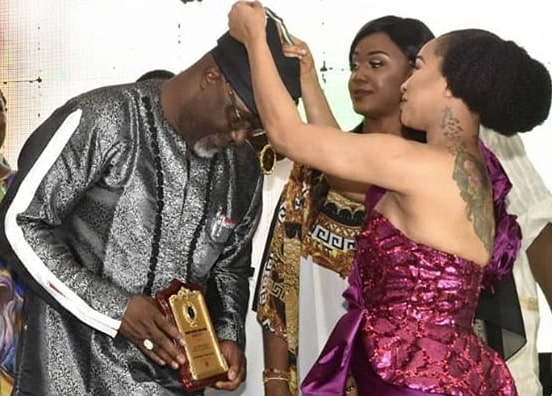 Tonto Dikeh has come under fire after she was hired to crown controversial senator Dino Melaye with an The Most Outstanding Lawmaker of the Year award.

The controversial senate thug took to the social media to share photos of the actress giving the award to him.

Meanwhile fans have come after Tonto Dikeh for decorating Melaye with such an undeserving award due to the many controversies surrounding him.

A top critic of Tonto Dikeh **winks** called the actress and Melaye birds of the same feather.

In this society where people buy awards to feel important, one will not be surprised that the controversial senate thug received such an award. #yeyepipu