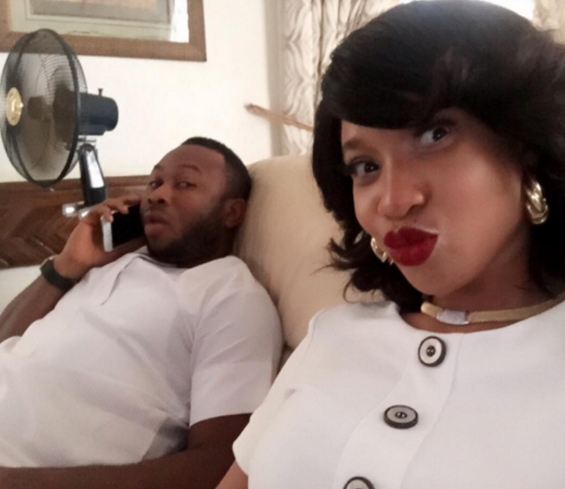 Olakunle Churchill has come open to tell his own side of the domestic abuse story rocking Tonto Dikeh’s marriage.

The young billionaire went to the same Media outlet that aired Tonto Dikeh’s emotional interview to tell his own side of the marriage scandal.

Watch the interview video below:

Here are some comments from fans of the Nollywood actress who watched the above interview in its entirety.

I don’t even know what to believe but one thing for sure you are having an affair with rosaline, the girl ain’t even hiding it.She’s flaunting your gold chain on snapchat. It is normal for some women to break things in the house when the man beats them, it is the only way they can hurt you back, this interview didn’t really say much except for the reconciliation meeting you guys had no long ago.The more you talk the more you bury yourself further.

One thing i need to understand why will anyone at 3 am leave the police station in Trasacco,East legon and go all the way to Madina police station branch,we all know madina is the rural part of Ghana and very far from trassaco. Lol Mr come with something else, Ghanaian police are also corrupt, are we not in Africa?

Koki Chiepe says his body language is all over the place. I don’t know what to make of this

Stella Esther says Sorry I believe this guy is telling the truth! with what tonto did to mercy j. I believe she is capable of doing all this man is saying. Sorry just saying.

Another fan of Tonto Dikeh, Favour said Sorry I believe this guy is telling the truth! with what tonto did to mercy j. I believe she is capable of doing all this man is saying. Sorry just saying.

Sensi F says this interview has zero interviewing skills. She doesn’t ask the right questions, and has no empathy. She never seem in control of the interview, and repeats the questions also.

Also Churchil you mentioned in the interview that 3 weeks after the whole incident in Ghana your wife took in. And while she was pregnant and nursing she was a good mother and wife….

Are you thinking what I’m thinking? Get her pregnant again. After this huge fight, expect twins this time and Tonto will be totally free from her anger management issues.