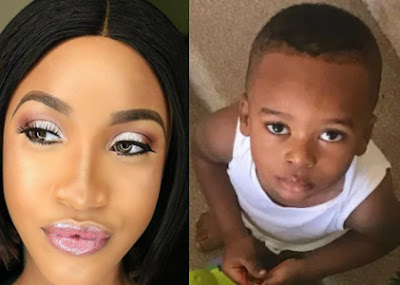 Despite legal threat from her baby daddy, Nollywood actress Tonto Dikeh is determined to go ahead with her upcoming Reality TV show.

Nothing seems to be stopping Tonto Dikeh from going ahead with the show even a day after her ex, Dunni Churchill got his lawyer involved to fight for his son who also features in the show.

The actress in an indirect response to all who have been asking what would happen now since her baby daddy is bent on stopping the show, posted the one minute campaign video on her page telling the fans to watch out.

From the teaser released online today, the young boy is no longer a part of the show.

Since the bone of contention is King Andrea, the only son between the couple, there might be a huge overhaul in the editing of the show to totally remove the boy from the show and that is the only legal way Tonto Dikeh can go ahead with the show.