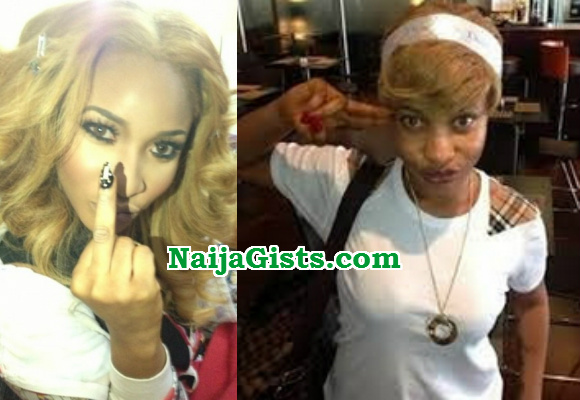 When critics urged Tonto Dikeh to seek medical attention for her drug addiction problem, her fans thought they were witch hunting her, it is now obvious to all that Tonto Dikeh who has been parading herself as an angel on Instagram since her marriage crashed needs serious medical attention. 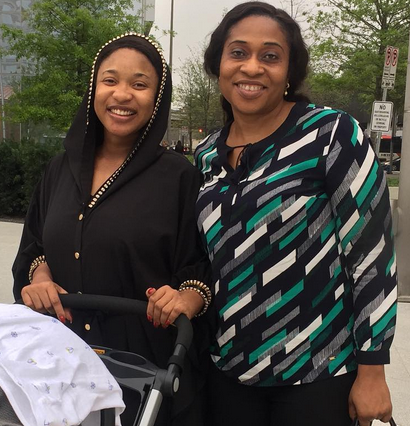 Oladunni Churchill mother was said to have wrote Tonto Dikeh a letter to allow her son, Kunle Churchill to have access to their son.

In the long letter, Mama Churchill begged Tonto Dikeh to please allow King Andre to experience the love of a father so that peers will not be poking fun at him when he grows up.

What Tonto Dikeh wrote in her reply will shock you. 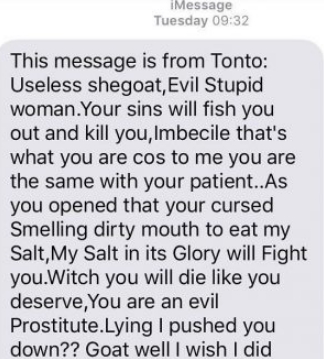 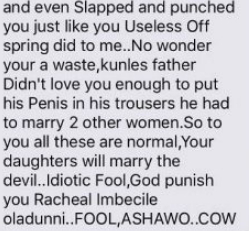 All of the above was revealed on the social media by On Air Personality Lara Olubo.

Before we start saying Tonto Dikeh lacks home training, we must consider the fact that the lady in question has drug addiction problem and she is yet to be sober.

Such a response should be expected from her.

Hope her family will rally round her and get her all the help she needs to get over her secret struggle.