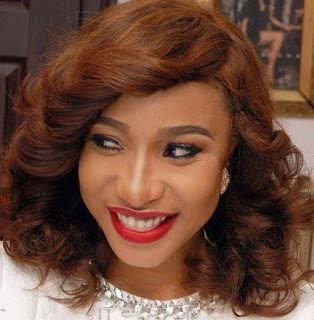 Following revelation that she had cosmetic surgery, most fans have come after Tonto Dikeh.

The revelation first revealed in a promo clip which has since gone viral is giving fans concern as to how an African woman will do such a thing to improve her look.

However, the actress said her beautiful figure which was left battered because of childbirth has become a source of concern to her and she had to go under the knife to get it back to order.

Meanwhile colleagues like Mercy Johnson has praised her for being courageous to have surgery.

Since the video went viral on the social media yesterday, many fans of the actress have not stopped slamming her.

King Tonto reality TV show was produced by Theo Ukpaa. The idea was conceived by Linda and not Tonto Dikeh herself. 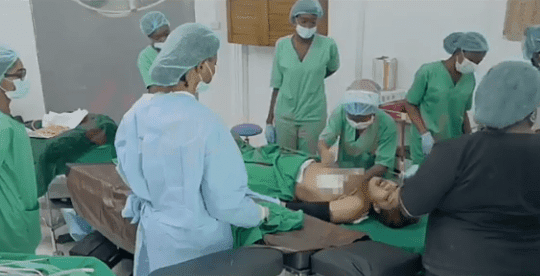 A source said the Nollywood actress was talked into starting the show as an extra source of income.

Here are some comments from her fans 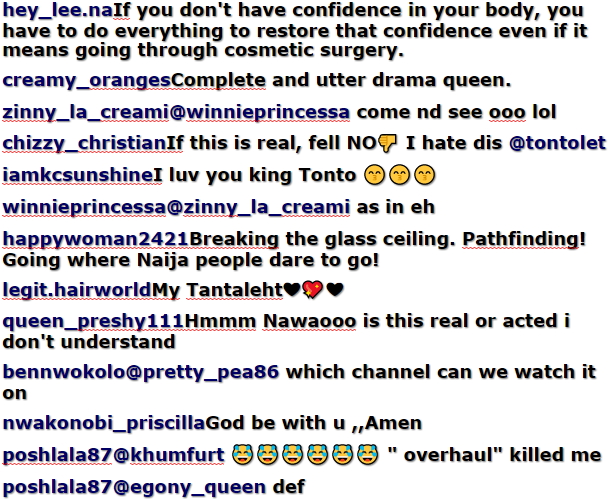 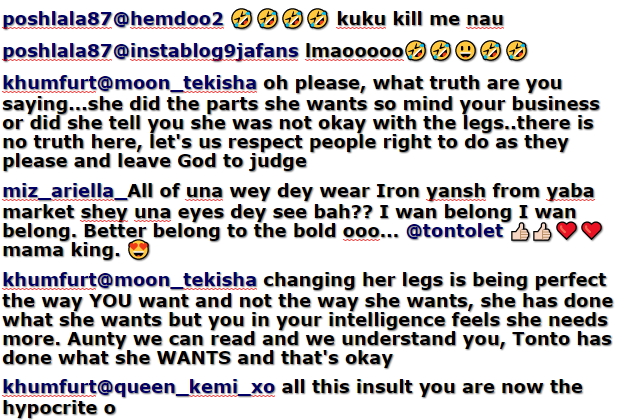 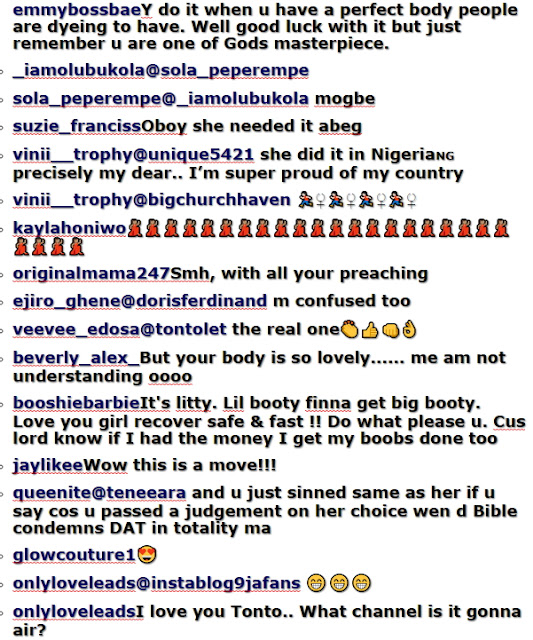