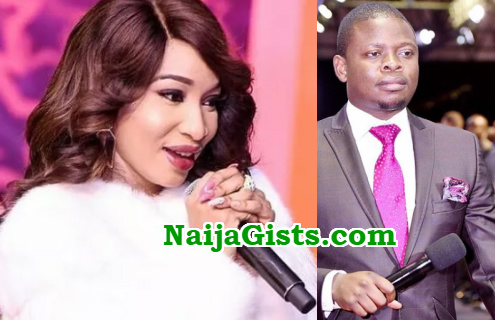 Nollywood actress Tonto Dikeh has been called out for allegedly snatching a married Malawian man from his Nigerian girlfriend.

The man in question, alleged fake prophet Bushiri who allegedly anointed Tonto Dikeh as a prophetess in May 2018 arrived Nigeria few days ago  and since then, the actress who called him her mentor has been showering praises on him on the social media.

Although the N18million sex fee scandal that rocked the net few hours ago was hyped to destroy the image of the actress, NaijaGists.com Nollywood source exclusively gathered that the only thing the actress did wrong was the way she allegedly snatched the Prophet from his Abuja-based girlfriend who has been enjoying his lavish spending since 2016.

The actress whose marriage crashed last year has been linked with several men in the past few months, an allegation she is yet to debunk.

With this latest revelation, fans of Tonto had wondered why she would associate with such a controversial figure if indeed she had given her life to the true God.

The Malawian show biz Pastor is the owner of one of the fastest growing end time churches in South Africa. His church in Botswana was shut down early this year for preaching heresies and conducting staged miracles.