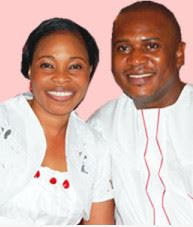 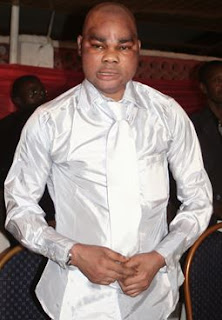 The fight between gospel singer Tope Alabi and her former spiritual father is getting messier daily.

The ex-spiritual father of Tope Alabi, Prophet Iretiola Ajanaku of Christ Revival Victory Chapel Int’l has openly revealed that he is no longer her father in the Lord.

Few weeks ago, the singer revealed to fans her departure from Ajanaku over some private issues.

In another twist to the story, Ajanaku has made some shocking revelations few days back in a tell-it-all interview with e-247 magazine.

The controversial prophet said Tope Alabi wanted him to have sex with her at all cost.

Read the whole interview excerpts below;

Can you clear the air on the claim by Tope Alabi that she met you 6 years?

She actually met me 11 years ago when she came to church crying that since she married she had no child. i told her that by the grace of God when we shall be holding another anniversary she sill come and dedicate her child before God. I have pictures of the child dedication, i christened the child Deborah. There are many things concerning her and the husband that i will never tell anyone,never ever. if she had not said that she met me only six years ago, i would not have called you to show all these pictures. And if i say what God has used me to do in their lives,with proofs and medical test records in their hands,they will be ashamed of themselves.

I’m wondering if she’s being foolish or just stupid. I remember when she was putting pressure on me to have sex with her. she did not hide her urge to have sexual relationship with me . At a point she could not control her urge to do that but i declined,i said never,not me. Ask these people here(In choir, the members seated confirmed his claim).

Tope Alabi and her husband Soji Alabi have both denied Ajanaku’s claims.

The interview seems like a get-back/revenge on the part of the controversial prophet after Tope Alabi claims she only met him 6 years ago.

Do you think it makes sense for men of God to disclose private information of people in the public like this.

If indeed Tope Alabi has offended him one way or the other, is this the biblical way of forgiving her.

Sources are alleging that Prophet Ajanaku is trying to destroy Tope Alabi’s career through this scandal.