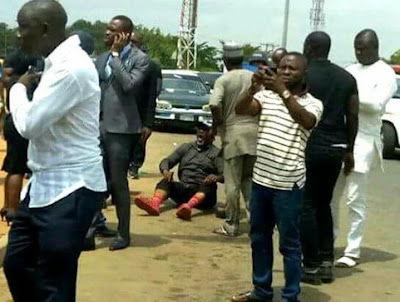 According to witnesses, Dino Melaye injured himself as the thugs forcefully pulled him out of fully armed SARS vehicle and sped off.

Dino Melaye was later rearrested and whisked to a private hospital in Abuja where he was treated and released. 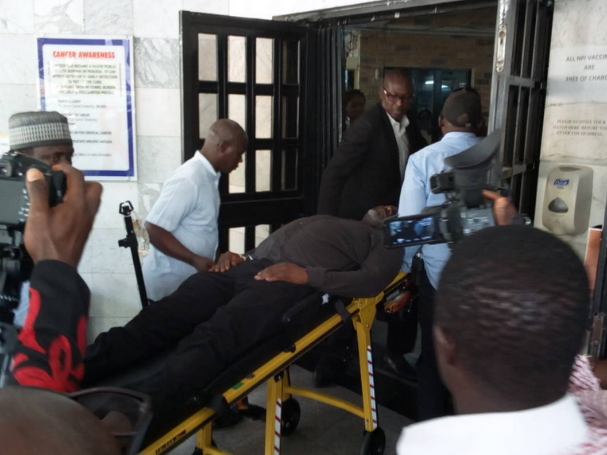 He is expected to be paraded later this evening in Lokoja Kogi State with the thugs who implicated him in the crime that necessitated his arrest. 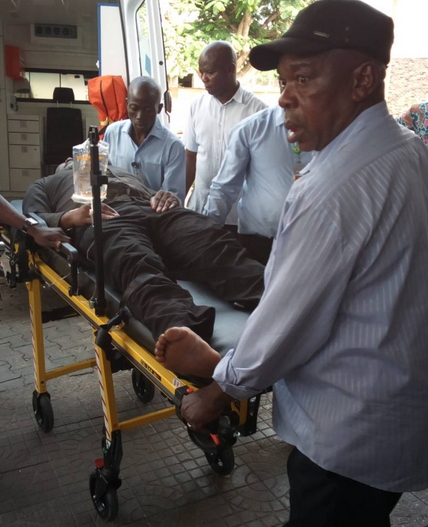 Before the drama started, Melaye had earlier today surrendered himself to police .

The untouchable senator is now in the eye of the storm.

This one na real “Ajeku Iya”.