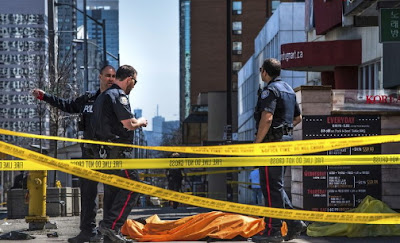 At least 9 innocent civilians were killed this afternoon after a driver intentionally rode a van into a crowd on Yonge street, South of Finch in Toronto.

According to local media, the driver who is currently in police custody ploughed through a crowd deliberately at top speed.

9 civilians died as over 16 others are clinging to life at various  hospitals in Toronto . 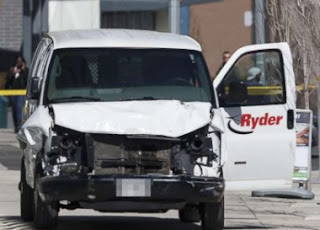 According to Sunnybrook Hospital, 2 patients are currently in critical condition while 5 others are in serious but stable condition.

The motive for today’s attack is yet to be known but investigators believe the attack carried out around 1:30pm was a suicide by cop attempt.