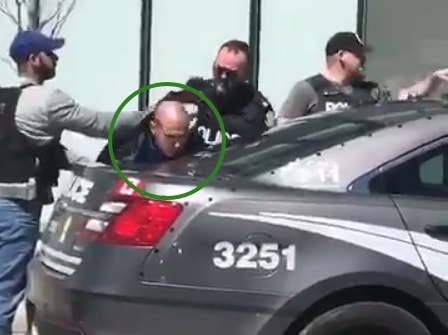 The video of the suspect who carried out a van attack in Toronto on Monday afternoon has been released.

The suspect who appears to be a man in his mid 50s surrendered to police shortly after killing several people.

In the video just released by police, the man was heard asking police to shoot him in the head, an indication that the attack was carried out to trigger “suicide by police aka Police assisted suicide”.

He has been arrested and taken into police custody.

Suicide by cop is an intentional act carried out by depressed or desperate individual who wants to end their own life.

Watch his take down video below