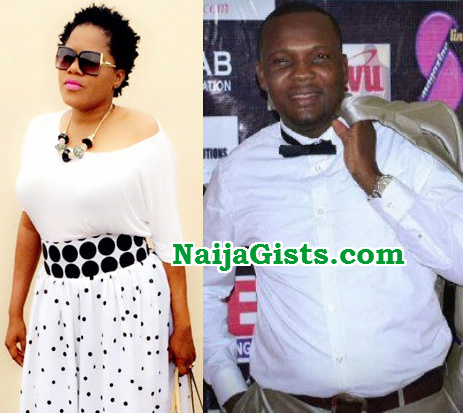 Nollywood actress Toyin Aimakhu seems to have moved on with her life days after her millionaire boyfriend Seun Egbegbe disgraced her on a movie set.

The actress has secretly moved on with her colleague, Yomi Fabiyi, a Nollywood actor who married an Oyinbo woman in the UK few years back.

To cut the story short, sources in the know alleged that the actress is not ready to settle down anytime soon.

According to reliable insiders, Toyin is very comfortable with Yomi Fabiyi and even considering returning back to Lagos where he is based.

For now the two secret lovebirds are using movie projects to cover up their romance.

Meanwhile Mr Yomi Fabiyi who is still legally married to a white woman in the UK has been telling anyone who cares to know that his affair with Toyin Aimakhu is purely professional.