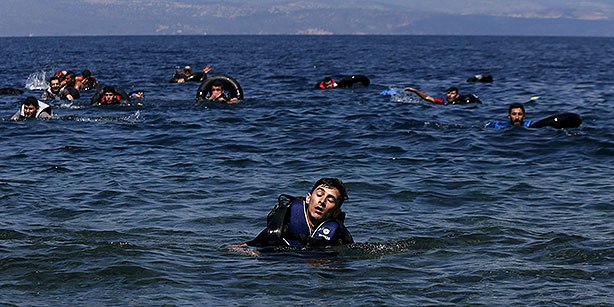 Not less than 33 migrants died today after their boats capsized on the way to Greece from turkey.

22 died close to the Greek Island of Lesbos while 11 died in a separate incident near Dikili in Turkey.

At least 374 migrants had died this year while crossing into Europe.

The sea route from Turkey to Greece was the most popular way for migrants to try and enter Europe in 2015.

Continue Reading
You may also like...
Related Topics:greece, migrants, turkey