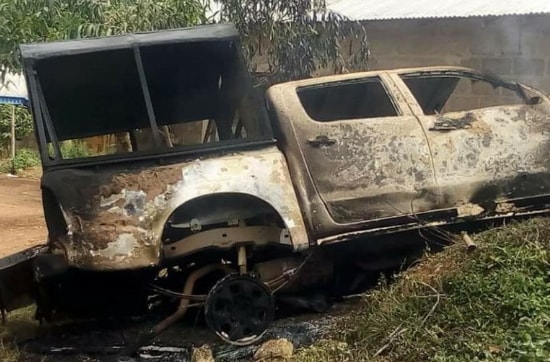 Some soldiers deployed to maintain law and order in troubled Nsadop community in Boki LGA of Cross River state yesterday sustained serious injuries after a bloody clash with some youths in the area.

According to journalist Odok George, the soldiers deployed to avert cult war bloodshed allegedly shot and wounded two innocent young men in the village before other villagers intervened, overpowered the soldiers and burned down their patrol vehicle.

The villagers then chased the wounded soldiers away after disarming them.