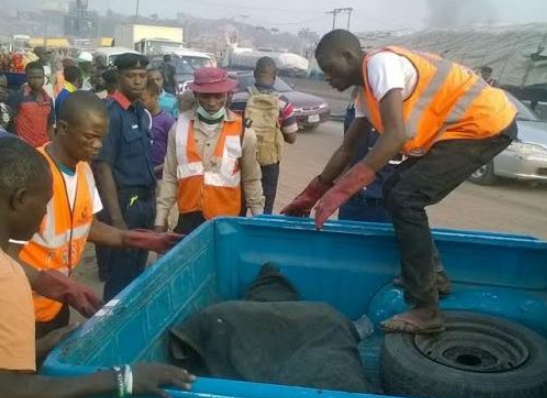 A fatal crash that happened in the wee hours of today Monday the 11th of December 2017 in Ota Ogun state has claimed the life of a young man.

The Ogun Sector Commander of the corps, Mr Clement Oladele, who confirmed the accident in Ota, Ogun, said that the crash occurred at Oju-Ore in Ota, at about 6.20 a.m.

He said that a truck, a motorcycle and four persons were involved in the accident that claimed the life of one person, while another sustained various injuries.

The FRSC boss said that the driver of the truck, which was speeding and heading towards Sango-Ota, rammed into an oncoming motorcycle, as he tried to avoid potholes.

“The corpse of the victim has been deposited at the mortuary of the General Hospital, Ota, while the survivor is receiving treatment at the same hospital,’’ he said.