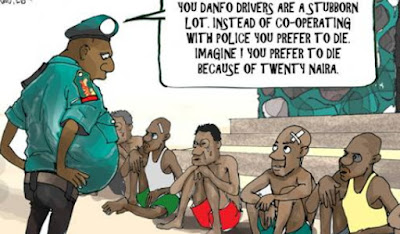 An ASP and members of his team are now in trouble in Lagos for alleged illegal duty.

The policemen are facing interrogation following their alleged invasion of a hotel at Olodi Apapa, Lagos, and the arrest of one of the hotel’s security men who they locked up in the boot of their operational vehicle and took him to their station.

The proprietor of the hotel, Mr Obimdi Ocho had, in a November 21, 2017 petitioned to the police authorities, claimed that the suspects ostensibly from the Zonal Intervention Unit, Ikorodu, stormed his property in a commando style, harassing his staff.

He said the police team accused his security men of being in possession of arms illegally.

Ocho said the gun in question was licensed and procured following incessant attacks on his premises by cultists.

The hotel’s security man who was taken away by the police, Cyril Nwachukwu, alleged that his captors took his photographs with the gun in his hand and threatened to get the photos published unless he paid them N400,000.

A member of the police team was also sent to collect another N60,000 after Nwachukwu’s release.

Contacted for comment the zonal police public relations officer Dolapo Badmos said: “Yes, I can confirm that as a result of this petition the case is under investigation at Alagbon.”