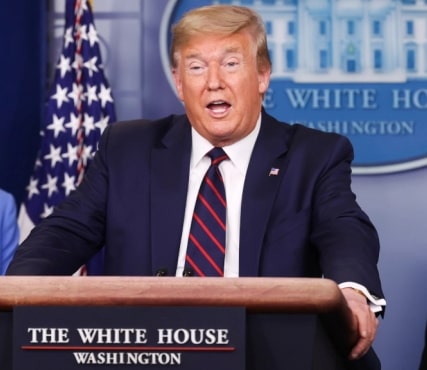 World’s largest U.S.-based manufacturer of consumer products says it has been told by the White House to stop exporting medical-grade face masks to the Canadian market.

Minnesota-based 3M says the Trump administration has asked that it stop sending N95 respirators to export markets in Canada and Latin America.

But the company, which calls itself a critical supplier of the masks to both markets, says there would be “significant humanitarian implications” to doing so.

“In addition, ceasing all export of respirators produced in the United States would likely cause other countries to retaliate and do the same, as some have already done,” 3M said in a statement Friday.

“If that were to occur, the net number of respirators being made available to the United States would actually decrease. That is the opposite of what we and the administration, on behalf of the American people, both seek.”

The company was singled out for criticism Thursday by President Donald Trump, who has invoked the U.S.’s Defense Production Act to compel 3M to prioritize orders from the Federal Emergency Management Agency for masks to help meet soaring American demand.

“We hit 3M hard today after seeing what they were doing with their Masks,” Trump tweeted.

Continue Reading
You may also like...
Related Topics:trump bans us company exporting face mask to canada