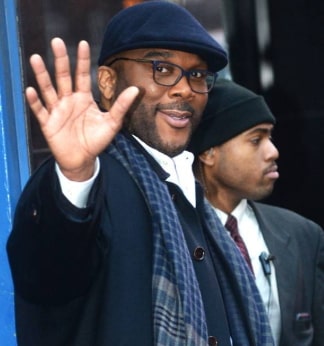 In a bid to lighten up Christmas for Atlantans this year, Mr Perry

Perry paid off all the layaway accounts at two Atlanta area Walmart stores, to the tune of $434,000.

He posted a video on Twitter announcing the good dead with the caption “I was trying to do this anonymously, but oh well.”

In the video, Perry reveals that he paid off every layaway that was in place as of 9:30 a.m. local time Thursday at the Walmart at 844 Cleveland Avenue in East Point and the store at 7001 Concourse Parkway in Douglasville—both in the metro Atlanta area.

Perry explained that in order to pick their items up, those who had layaways at the two stores simply need to go in and pay a penny for them.

“I know it’s hard times, everyone’s struggling and I’m just really, really grateful to be able to be in a position to this,” Perry said. “So, God bless you, go get your stuff and merry Christmas.”

Shameka, a manager at the Walmart location in Douglasville who did not provide her last name, told the Atlanta Journal-Constitution that the store usually has 1,000 layaways during the holidays. She said that while there have been instances of Good Samaritans paying off a single account, she has never seen someone pay off every layaway in the store.

“I was shocked,” she said. “It shows that we know there’s still good people in the world.”