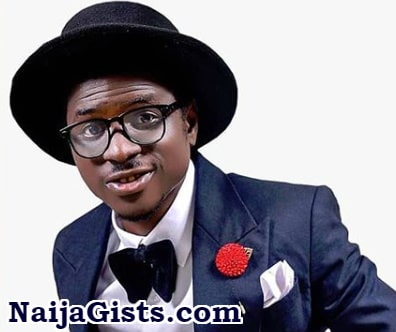 Top comedian Kehinde Peter Otolorin popularly called Kenny Blaq in this interview with Dupe Ayinla Olasunkanmi talks about his plan for the future and his career of 10 years.

Aside from music-comedy, what other plans do you have?

I am going into movies soon. I have spoken to some people. I don’t want to do the old school; I want to do the advanced Nollywood. I have been getting scripts; I just did a movie with Wale Adenuga Productions. I did another with Femi Adebayo on The Return of Jelili. My plan is to do movies outside the shores of Nigeria. I am a big fan of Tyler Perry, so I am looking for a movie that involves music that we can work together.

How long have you been doing comedy?

Let’s see, I will be doing The Oxymoron of Kenny Blaq – 10 years on stage edition soon. I started my comedy August 9th, 2008. We had 1000 in audience, only 10 people laughed; I can never forget that in my life. But we thank God, we are here today. Officially, I have been doing comedy for about 10years.

How has it been for you as a comedian?

Consistency is the main thing. You have to bring out new materials, especially in Nigeria where you bring out a joke today and it is already on YouTube. And when you do it for different audience and they put it on the internet, you get criticism from people who say it is the same thing. But I am grateful to God that we have been able to sustain it and it shows that we put in more work into what we do. It is challenging creating new jokes all the time for different audiences. But for me, I think one of the major challenges was my height. People recommended me for children’s party, which made me realise that you don’t judge the book by the cover.

Has your background had any effect on your career?

Yes, it did in a lot of way. I grew up in a hood where nobody believed in the fact that you are too young to make it. It is believed that it is when you get to a certain age that you can start making it. There is this mentality that if you don’t get involved in yahoo and the likes, you cannot make it. I grew up in that area where people believe that if you are pursuing your talent; you are wasting your time. But I am proud of whom I am today, that I have been able to affect people positively. I wasn’t able to speak too fluently, which is why education is very important. Entering FRSC really helped me; I was able to understand the diphthongs and everything.

Tell us about your style of comedy

I wanted to be different from other comedians. And because I wanted to do music before comedy, I didn’t even know where comedy came from. Comedy came from the ‘window’, while music came from the right door. I started singing on stage from the age of 12, where I joined a Juju band back then where we go to sing on stage. So I have always wanted to have a band. I find myself turning songs around and singing them the way I am comfortable with them and people laugh. So I said to myself I have a way of making people laugh, so somebody came to me and asked if I could do it on stage, so I went on stage and did it for the first time and they started liking it. Though not everybody liked it initially, they began to like it and that was how I discovered it was my selling point. So when people are cracking their jokes, I am singing my jokes. And people are able to remember me easily.

Where do you see Nigerian comedy in some years from now?

It is getting there. Netflix came to Nigeria to interview some of us and I was honoured to be part of those that were interviewed. They came to Ejigbo, my hood, to run an interview for me; a 15-minute special.

And I think that is good for me and the comedy industry. We are having more stand-up comedy show. Like a one-man show to show the strength of the comedian. To show that a comedian can go like five-10 hours to do their own specials. I also want to thank the king of comedy Ali Baba, who has introduced the spontaneity competition, meaning that you can be creative with anything to sustain you. I see Netflix and other content buyers coming into the comedy industry fully in Nigeria to buy specials. And I see us creating our own platform to sell comedy specials. Where you know the app to use when you want to listen to or watch Nigerian comedy. And I see Nigerian comedy taking over the world. And I see us young ones doing better too. I have just been recognised as one of the 100 most influential young Africans, alongside big names in the industry from different fields.