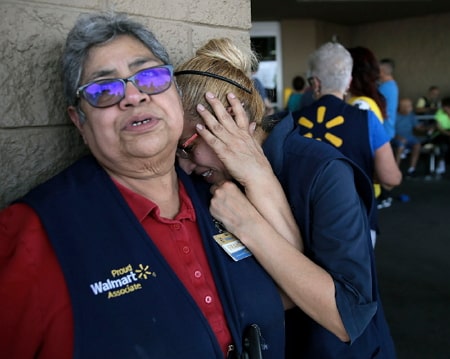 Allen Texas-based Patrick Crusius has been arrested in connection with the shooting death of 20 people at a Walmart located in El Paso Texas on Saturday.

At least 20 people including a four-month-old baby, were wounded on Saturday after a the suspect  reportedly opened fire inside a Walmart in El Paso. One suspect is in custody.

One witness said he saw at least one person inside the store with a fatal head wound, and he saw shoppers in bloodied clothes. 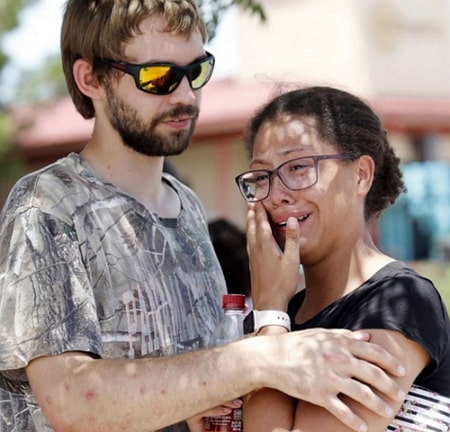 Video posted on Twitter showed customers at one department store being evacuated with their hands up.

‘Hands in the air!’ an officer can be heard shouting in the footage.

‘We heard shots and saw smoke,’ said Victor Gamboa, 18, who works at the McDonald’s inside the Walmart store where the shooting took place.

‘I saw a man on the floor full of blood. He appeared to be dead. It happened very quickly.’

Gamboa said employees sheltered customers who huddled on the ground during the shooting rampage.

They were on the ground for some 15 minutes until officers arrived and led the survivors to a Sam’s Club across the street.

A family of three was one of a dozen waiting outside a local bus station, trying to get back to their car, in blocked-off Walmart parking lot.

‘I heard the shots but I thought they were hits, like roof construction,’ said Adriana Quezada, 39, who was in Walmart with in the women’s clothing section with her two children.’

‘I told my son, those are gunshots.’

Her daughter, 19, and son, 16, threw themselves on the ground, then ran out of the Walmart through an emergency exit.

The suspect is currently in police custody.

How the shooter was arrested

EKSU Student Kidnapped In Ado Ekiti Recounts Ordeal “I Lost My Consciousness After They Hit Me With Charm”
Nigerians Jailed For Laundering N440M For Brother In Law, Black Axe Leader Bemigho Eyeoyibo