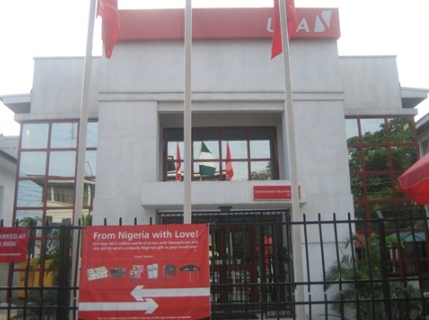 2 bank officials, Tiaminu Lukeman ,48, and Shogaolu Sherif,30, who allegedly stole N30 million from their employer, were on Monday in Lagos, granted N5million bail each.

An Igbosere Magistrates’ Court, who gave the ruling, also granted the accused persons two sureties each in like sum as part of the bail conditions.

The magistrate, Mrs. A. O. Sholadoye said that one of the sureties must be a level-16 civil servant and both sureties must show evidence of tax payment.
The accused persons are facing a four-count charge of conspiracy, forgery, fraud and stealing.

Earlier, the prosecutor, Insp. Jimoh Joseph had told the court that the accused conspired with some others still at large to commit the offences between Aug. 1, 2013, and June 2016 at a bank branch in Lagos.

He said Lukeman who was the head of Human Resources, Compensation and Benefit, included some fictitious names and account numbers into the bank’s system to defraud it.
“Lukeman, fraudulently, credited the account numbers knowing that they were not among the list of beneficiaries for compensation prepared by the bank,” he said.

The magistrate adjourned the case to Aug.10 for mention.