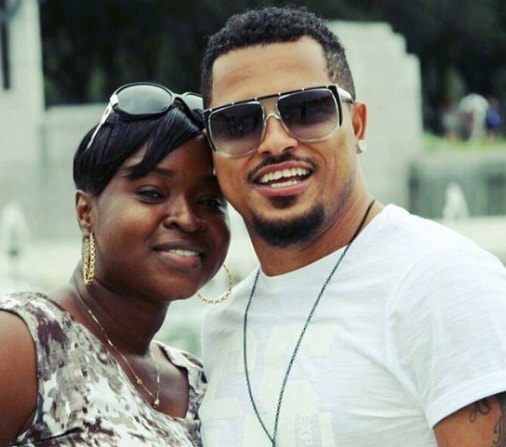 It is a well-known fact that Van Vicker is one of the A-list actors that have written their names in the history books of entertainment in Africa. This man has managed to penetrate the African movie industry as a whole, and his story is quite astonishing for someone that started from the streets of Ghana.

His chiseled body which gives him the looks of a model and attractive smile has put him on the list of Africa’s favorite movie lover boys which include Majid Michel of Ghana and Ramsey Noah of Nigeria just to mention a few.

Van Vicker’s story is one that includes the trivial of a teenager of mixed origin growing up with a single parent and climbing up the ladder of his profession, step by step until he had his big break. The actor had his high school in one of the most prominent schools in Ghana and from then on had been on a spiral of breakthroughs and fame.

One can call this actor a veteran in the entertainment industry as his work experience ranges from modeling to the radio before he ended up making his name on the TV screen as one of the most talented and charismatic actors in the whole of the African scene. Not stopping there, the actor decided to further his career, and he is currently the CEO of Sky + Orange Productions, a fast-rising production house located in Ghana.

An actor life is characterized by fame and its luxuries, but this also has its negative consequences. The actors have made headlines over the years in various allegations linking him to different women both inside and outside the entertainment industry. Nonetheless, the actor is married to a beautiful lady named Adjoa Vicker, and the couple is currently blessed with three children.

Despite the setbacks and challenges, Van Vicker is, without doubt, one of the biggest actors to ever come out of Ghana and Africa as a whole. His good looks and superior acting skills have separated him from his peers, and currently, at the age of 41, the actor still has a lot in store for his fans.

Van Vicker was born on the 1st of August 1977 to parents of mixed origin going beyond continents. His mother was Ghanaian and Liberian while his father was Dutch. A condition many of his fans have attributed to his very good looks.

Unfortunately, the actor lost his father at the age of 6 and claimed it was a very trying time for his family as a whole. Van Vicker had claimed on various interviews that his father’s death was a heavy blow on his family especially his mother. He claimed she was very courageous and didn’t slack in her responsibilities of taking care of him and raising him well. His childhood was one that was well spiced with trips and traveling to different places. He has a popular habit of calling himself a ‘global citizen’ having been raised in different locations all over the world by his mother.

After reaching the appropriate age the actor was enrolled in Mfantsipim School, an institution of high reputation in Ghana having produced important world personnel such as Kofi Annan, the former Secretary General of the United Nations and his soon to be future colleague Majid Micheal. It is quite obvious the school helped instill some important habits and principles in him as he turned out to be a successful individual both in his professional and personal life.

As stated earlier, Van Vicker can be defined as a well-experienced individual in the entertainment industry. He started his professional career in Ghana, working at a popular local radio station known as Groove 106.3 FM, a job than spanned over one year. That is between 1999 and 2001, during this period he combined his current job with another one working as a radio presenter in another station known as Vibe 91.9 FM, also located in Ghana. He completely moved to Vibe FM and worked there from 2001 to 2004.

He made his first screen appearance working as a TV personality at a popular Ghanaian TV station known as TV3 Ghana; this was between 1997 and 1999 before proceeding to work at Metro TV several years later. He had his big break as a professional actor when he featured in blockbuster movie ‘Suncity’from then on it has been a non-stop climb up the ladder of success in his career.
He broke into the Nollywood industry when he featured in a 2004 romance movie titled Divine Love. He played a supporting role alongside colleagues Jackie Appiah and Majid Micheal. This is quite surprising because the movie serves as the debut for all three actors and they are all currently one of the biggest stars in Africa. One can thus characterize Divine Love as a magic movie.

He has since then gone to feature on many blockbuster movies alongside big stars on the Ghanaian and Nigerian entertainment scene. Some of them include Desmond Elliot, Nadia Buari and Rita Dominic. He is most significant as one of the famous Nollywood ‘lover boy’ trio which includes Van Vicker himself, Majid Michel and Nigeria’s Ramsey Nouah. These three individuals are regarded as Nollywood’s biggest lover boys, and they didn’t fail to give their fans that action whenever they were on screen.

Some of his most prominent movies include the blockbuster movie My Soul Mate and Stolen Will. After a successful career as an actor, the actor decided to keep seeking grater heights and break new ground. He established his own production house in Ghana. The company was named Sky + Orange Productions and since its establishment in 2008,the company has successfully produced five movies earning the actor awards in the process.

Van Vicker has some reputable awards to his name. He won the Best Actor at the Afro-Hollywood Awards in 2009, African Channel’s Creative Achievement Award at the Pan African Film Festival in 2011 and a host of many other prestigious awards. A major feat for him was when the movie Joni Waka, produced under his production company won him the Best Movie Award at the NAFCA. He also has many major nominations to his name and has won several local awards.

He has made a fortune from his status as one of the biggest stars in Africa and has a host of businesses to his name. His production company Sky + Orange Productions is rising amount the ranks in Ghana and has experienced a steady rise in value over the years. Similarly to many other professional actors, Van Vicker has other investments which are believed to be yielding constant positive earnings for him. With all these accumulated, Van Vicker has an approximate net worth of $700 million dollars. An astonishing feat for someone of his profession in Africa.

The famous actor who is of Liberian, Ghanaian and Dutch origin is a favorite among the ladies because of his extremely good looks and charisma. This is regarded as one of the factors that made him extremely marketable in the entertainment industry, thus granting him a very successful career.

Van Vicker has been involved in several controversies with the females, especially the ones in the same movie industry with him. This is of no surprise as the erotic nature of his roles in movies often gives his fans the wrong impression, or maybe not so wrong. There have been allegations of him having an affair with the biggest female stars such as Nadia Buari, Mercy Johnson, Chika Ike and many others. The most serious being when he was accused of breaking colleague Chika Ike’s marriage in 2014. They have all managed to remain just as allegations, and the actor is happily married to his longtime wife of 14 years.

Van Vicker got married to his wife of 14 years, Adjoa Vicker on the 16th of October 2003. He claims to have met her almost a decade before then and admires how their relationship has grown despite the negatives attached to his career. The couple is blessed with three children which include a boy and two girls. Their names are J-ian Vicker, Vj Vicker, and J’dyl Vicker. 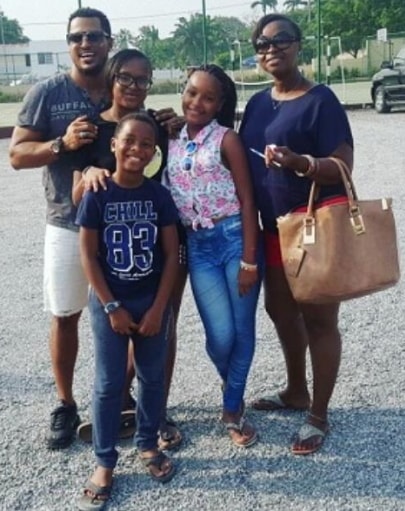 The famous actor has never failed to praise his wife whenever given a chance, he hails her all the time for the strength and restraint she possesses to keep his home intact despite the negatives attached to his work as an A-list actor and the fame that comes with it. His fans are also fond of his wife and marvel at her calmness and easy going attitude, considering she had to stay back in Ghana and raise the kids while the actor pursued his dreams in Nigeria’s Nollywood.

Although Van Vicker is currently at the age of 41 years, it does not look like he will be slowing down on his ambitions any time soon. The actor has converted his permanent move to Ghana from Nigeria and less screen time to a more profitable opportunity. His production company, Sky + Orange Productions which has its main site in Ghana is currently rising through the ranks, and the actors have decided to complement this with the training of a new talented generation of actors. 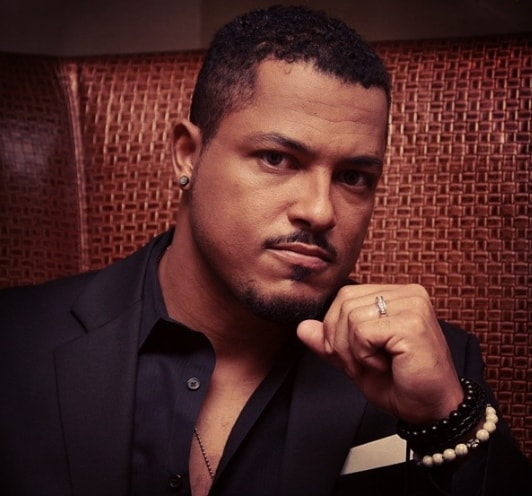 He has a training facility named after him, it is called ‘Van Vickers Training Facility,’ and the main objective is to develop talent and increase the value of the Ghanaian movie industry Ghallywood on the world scene. His training facility is only one of his philanthropic deed as the famous actor also has a foundation to his name.
Titled ‘Van Vicker Foundation’, the main purpose of the NGO is to reach out to Ghana’s ailing youth population and tap resources that can help develop the country, especially in the entertainment industry. It is quite astonishing that the foundation has made a significant difference over the years, and this is attributed to the actor’s popularity and ability to position to seek aid from the bigwigs.

The actor is not as active as he once was on the screen and his fans do not have a clear reason for this. Although it is quite obvious the actor now uses his time to develop his business and spend quality time with his family. Van Vicker made it to the headlines once again last year when he uploaded a rare picture which included his entire family. This went viral because the actor always did well to keep his family issues private and away from the public eye. He made a caption in which he lauded how his kids were growing up so fast and claimed it was sweet sorrow. His fans did well to receive it with warm hearts.

He has made a permanent move from Nigeria to Ghana and now resides with his family, a move many of his fans believe his wife would certainly appreciate. From Ghana, the veteran actor is working on development projects to put his country’s local movie industry on the world map and give it more prominence. Many of his fans still expect blockbuster projects from him and he has not failed to deliver. His latest movie which is New Love alongside A-list female colleague Jackie Appiah was a very successful one, and it is obvious Van Vicker still has many more to offer.

Van Vicker is an epitome of talent. He has managed to build a career and family from scratch and develop both individually. He has made his name on the African entertainment scene. He has inscribed his name on Ghana Hall of Fame and is certain to remain relevant decades to come. He once admitted that Hollywood was his main prize and this is something his fans will hold on to.

This actor is without question one of Ghana’s greatest of all time.