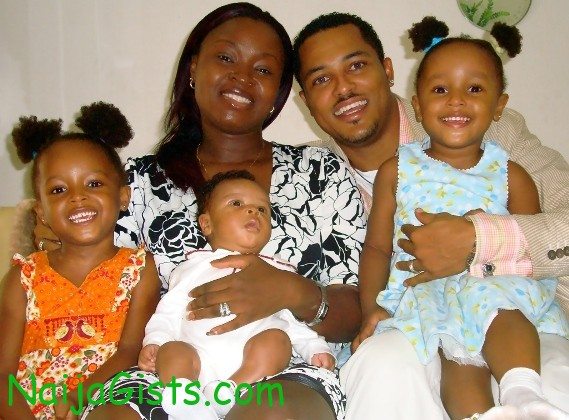 Here is the biography of Actor Joseph Van Vicker and pictures of his wife Adjoa and family. He is a great family man and it’s interesting to see him doing his things with his family in mind. I have great respect for family men. naijagists.com

Joseph Van Vicker  is one of the most recognized faces to come out of the African movie industry.Van Vicker is proud of his unique heritage; he is of Dutch, Liberian, and Ghanaian descent. Van became a household name in African movies quite by accident.

He started out in the entertainment world in radio and as a television personality. The producer of the first film Van was in saw his potential and took a chance on him. That chance paid off and Van’s movie career was born. Since then van has perfected the romantic leading man role. 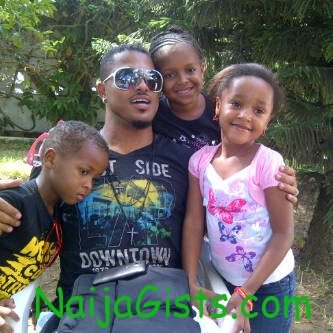 Van vicker and his beautiful kids

He has helped make the Ghanaian movie industry also known as Gollywood, a fierce competitor in the world of African movies. van has appeared in over 30 movies including the popular love triangle Beyonce: The President’s Daughter series, Mummy’s Daughter, Divine Love, The American Boy, Princess Tyra, In the Eyes of My Husband, Innocent Soul, Slave to Lust, and many others. van is an avid sports fan. He enjoys shooting pool, Soccer, Tennis, and Basketball. He was the first runner up in a Basketball Slam Dunk competition in 1997.

He played College Basketball and Pro Basketball for the Sheperds. Family is very important to Van. His mother is his hero. Although Van’s father passed away when he was only 6 years old, van still looks up to him and wants to be just like his Dad. van is happily married to Adjoa and they are the proud parents of two daughters, J’dyl and J-ian.

Van Vicker has recently been nominated for Best Lead Actor and Best Upcoming Actor at the 2008 Africa Movie Academy Awards to be held in Nigeria. Van is also a businessman. He owns and runs Sky + Orange, an advertising agency and event management company. He also runs Babetown, a unisex barber shop where customers can not only get their hair cut but can shop for the latest designs in fashion, shoot some pool, listen to good music, and enjoy their favorite drinks.

Van also runs the Van Vicker Foundation which reaches out to up and coming talent and discovers new talent to help them get their shot at acting. Van has recently added producer, writer, and director to his resume. His first movie he wrote, directed, produced, and acted in is called ‘Friday Night’ and Van promises that this is the first of many movies to come from his production company Sky + Orange. There is so much more to come from this sexy and humble leading man, fasten your seat belts and enjoy the ride.

What a lovely family he has! He is sooooo blessed.

Top 10 Richest Musicians & Entertainers In Nigeria
Photo of The Day: Forbidden Fruit That Got Eve To Succumb