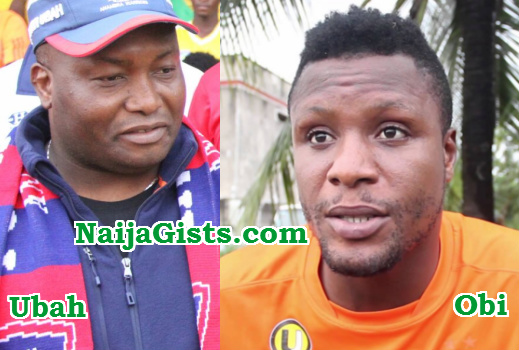 In the video you are about to watch, Mr Ubah lowered himself to the level of touts by slapping Heartland Football club goalkeeper, Ebele Obi after he allegedly punched a referee who pushed him.

He has been ordered to write a letter of apology to Ebele Obi. He is to pay N2.5 million to the NPFL.