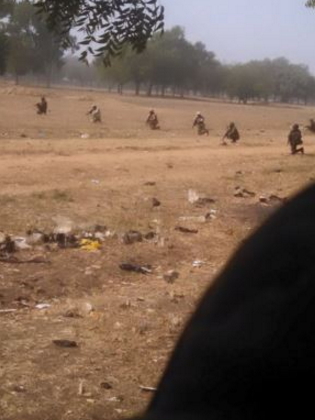 A graphic video of victims of Nigerian army brutality in Zaria being robbed by northern youths has gone viral.

Over 100 Shiite Muslims were reportedly killed during a prayer event at the home of their leader, Sheik Zakzaky over the weekend.

The video recorded by Ibrahim Abbas revealed how some youths descended on the dead bodies of the victims looking for something to steal.

Due to the graphic nature of the video, we can’t show it here.