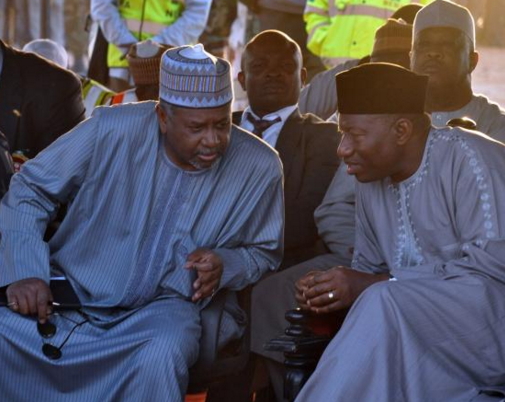 Former NSA, Sambo Dasuki was in court today for his money laundering trial in the wake of the $2.1billion arm fraud.

In his confessional statement, the former NSA said Jonathan authorized him to share most of the money he assigned to different people during his time in office.

Hear what he said in court today:

“I wish to state as follows: That I have been publicly indicted and any statement may jeopardise my defence. Having been briefed by the EFCC investigators on why I was invited, I will answer the charges in court. As such, I do not wish to make any further statement on the matter.

“That I am aware in November (I cannot remember the exact date), my office requested the CBN to exchange N10billion from the account of the Office of National Security Adviser domiciled in CBN. The money was exchanged at $47m and some Euros which I cannot remember. The exact amount was delivered at my residence.

“The money was for delegates that attended the nomination convention for the PDP. Presidential nomination. The money was paid and sent to Hon. (Waripamowei) Dudafa (SSAP Household) and ADC(C-IC) for distribution on the instruction of the President.

Based on the statement of Director of Finance and administration (Salisu), Ibrahim Wambai, and Yazidu Ibrahim, all the cash (both foreign and local) are usually given to them for official use.

I also noted the statement of Sagir Bafarawa whose company is Dalhatu Investment which he stated that he received the sum of N4,633,000,000 from the account of the Office of the NSA. I authorised the payment . The money was for vehicles, motorcycles for youth empowerment and women sent to Saudi Arabia. I got the proposal from the President. I do not have the proposal; it should be at the office in the Villa.

“The payments were meant for various partners as earlier listed. I know Basha Nigeria Limited to be owned by Hon. Bello Matawalle. I authorided the payment of N380million for further disbursement to members of the House of Representatives as campaign contribution. I authorised the payment of N751million to HEIRS BDC Limited for conversion to forex from the account of the NSA. Money was used for operation in the Office of the NSA.

“I have seen the mandate from the CBN signed by me authorising payment of various sums of money to Dalhatu Investment for the reasons earlier stated.

“In respect of funds given to Amb. Bashir Yuguda between December 2014 and 2015, I authorised the payment of N1.5billion from the Office of the National Security Adviser for political campaign in the last elections. I remember paying DAAR Communications the sum of N2.120billion from ONSA for media activities for the Presidential Campaign 2015.”

Yawa don gas, these people are in big trouble. No corrupt politician or minister will escape Buhari’s anti corruption raid.

Continue Reading
You may also like...
Related Topics:confession, dasuki, jonathan