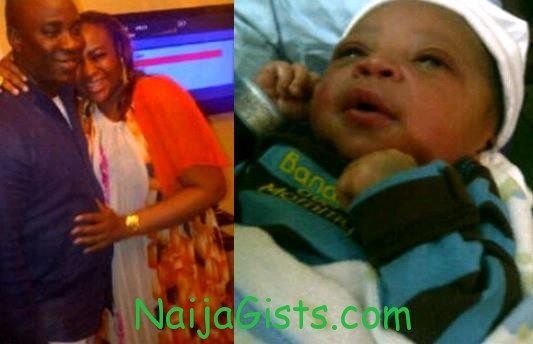 Last month, NaijaGists.com exclusively broke the news of Titi Masha’s baby delivery in Chicago. If you missed it, read it here

To those who do not know her, Titi Masha is the newest wife of King Wasiu Ayinde.

Baby Whitney was delivered in Chicago last month by the socialite lady.

According to sources, the randy Fuji musician who is popularly known for the love of women has 3 officials wives with uncountable concubines.

In Canada alone, the star had over 10 children with 8 different women not to talk of others in the United States of America, Nigeria and London.

A lady who recently delivered a baby for him in Canada was deported few weeks ago but before her deportation, the Fuji musician bought a Toyota car for her.

Wasiu Ayinde’s first child is 36-year-old and she is based in the UK.

He is officially married to a lady named Wendy who resides in Square one area of Mississauga, Ontario Canada.

Wendy is around 35 years of age.