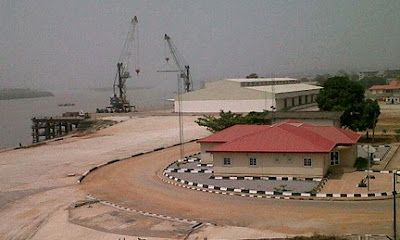 It was a moving scene. In the bathroom, they clung to each other. They were probably desperately seeking a way to escape the fire that gutted their home. They did not make it. Husband and wife were burnt to death.

Nobody knows how the mystery fire started yesterday in the palatial home of the Mr. And Mrs. Boniface Ndubuisi. Sympathisers only came and met the bodies of the multi-billionaire couple, who just returned home from abroad, in the bathroom of their 2, Arinze Lane, off Okolo Street, American Quarters, Onitsha, Anambra State home.

The building was said to have been razed before fire fighters could gained access into the compound. The couple’s valuables, worth billions of naira, reportedly went with the fire.

In a tension-soaked atmosphere yesterday, tongues wagged over the likely cause of the fire.

An eyewitness could not fathom how and where the fire started in the one-storey building, but confirmed that it started about 4am.

The couple, The Nation learnt, had six children; three in America, two in Abuja and one in Lagos.

The eyewitness said the couple’s bodies were found inside their bathroom, clinging unto each other.

The Divisional Police Officer, Onitsha Central Police Station, Mr Tope Fasugba has visited the scene with his men. He said the incident is being investigated.

The police, it was learnt, have taken the bodies to the morgue in Onitsha.

Many blamed the incident on power surge from Power Holding Company of Nigeria (PHCN).

Fire fighters strived to prevent the fire from spreading to other compounds.