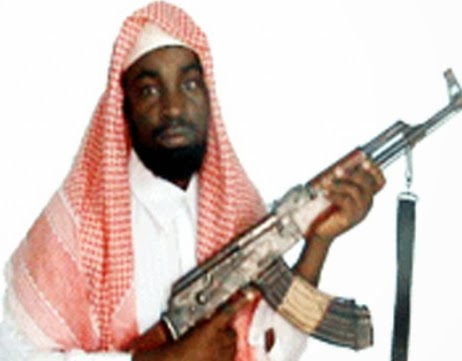 Here is the transcript of an exclusive interview the spokesman of Witches and Wizards Association of Nigeria, WITZAN had with Saturday Sun in Lagos state Nigeria last Wednesday.

Chief Okhue Iboi, the spokesman of the occult group said the state of insecurity in Nigeria has prompted an emergency spiritual meeting at Afuze area of Edo State.

Here is the outcome of the meeting in interview format:

“Witches and Wizards in Nigeria are deeply worried by what is going on in the country especially Boko Haram insurgency. As stakeholders in the Nigerian project, we can no longer afford to fold our hands while the nation burns. Enough is enough”,

“Our bi-annual meeting was actually supposed to come up in first week of October, but our fellow brothers and sisters from these three North eastern states made passionate appeal to our general assembly imploring us to discuss Boko Haram matter. Witches and wizards in Adamawa. Borno and Yobe states want us to intervene, to help cage Shekau and his blood-thirsty lieutenants”

According to him, Shekau will be captured before the end of December, and paraded on the streets of Abuja and Maiduguri for the whole world to see.

“We witches and wizards in Nigeria have sealed the fate of Shekau. His days are numbered. He will be captured before the end of December, and contrary to the image and impression he has been creating that he is a warrior, after his capture, he will start singing like a canary bird.”

“An ordinary eye can’t see what we are seeing in the coven world. Witches and wizards have put Shekau on our radar. There is no peace for him again until the day of his arrest,”

“Those girls are coming back home. They will be rescued, but it is sad that I have to say here that not all of them are coming back. They are not being held in the same place, some are in Niger, and some are in Cameroon while others are in Chad and Nigeria”.

Iboi, who said Nigerians should not doubt the witches’ declaration or revelations on the state of affairs in Nigeria, said: “This is not the first time we will be coming out to speak about the nation. Five years ago, this was in 2010, when Nigerians were preparing for 2011 general elections, especially the presidential poll, we came out to warn General Ibrahim Babangida and former Vice President, Alhaji Atiku Abubakar not to contest against President Goodluck Jonathan, that Jonathan will floor them. What happened after these two eminent Nigerians disobeyed us, they lost in a disgraceful manner to Jonathan. Our warning to IBB and Atiku came out in one or two national dailies.”

Asked why other witches and wizards don’t come out or hold their meeting in the open, Iboi laughed, cleared his throat before blunting out. “You speak like a small pikin. Witches are like spirits. We are invisible. It is only those that operate in the spiritual realm that can see us either when we are meeting or going for assignment. I was born a witch. I inherited witchcraft from my mother when I was in her womb, from the age of 7 I started seeing unborn babies in their mothers’ womb, and I could predict with precision of sex of an unborn child whether it is a boy or girl. When I was born, I was born with a leaf in my hand, and starting from the age of 5, I started healing people like a grown-up herbalist.”

On the issues of witches being blood- thirsty, and suckling blood, Iboi said: “Those are bad witches, in our own association; we are white witches, and white wizards. We are here to save people. We don’t kill, we counter bad witches and neutralize them whenever they are on their evil mission.”

While saying that another meeting of witches and wizards is slated for Damaturu the capital of Yobe State in October, Iboi said the meeting will review the outcome of the one held at Afuze, so as to enable witches to know what action and steps to be taken next.

“To add to that, we are also converging on Damaturu as a sign of solidarity with our members, and also people and government of Yobe State that we are with them in the hour of crisis. The Boko Haram insurgency has become an open sore, and we are also joining efforts with government and other stakeholders to contain Shekau and his fellow blood-thirsty followers.”

These white witches are so bold. Imagine them going on the tabloid to make declarations. 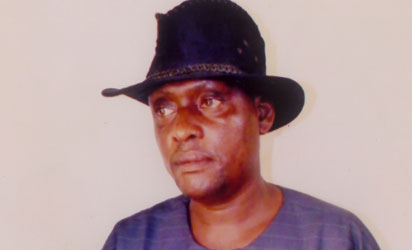