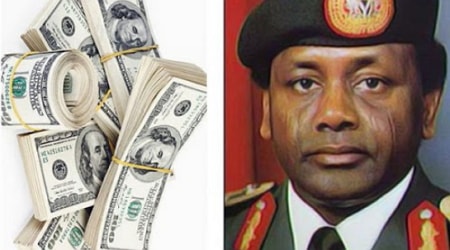 Over the last week or so, there has been heightened interest amongst Nigerians about the use of the most recently repatriated $322.5 million Abacha loot. The questions raised around the issue include the choice of using the money for the conditional cash transfer programme of the federal government, the choice of states benefiting from the programme, the usefulness of a monthly transfer of N5, 000 to poor Nigerians and concerns about the re-looting of the funds.

It is significant to note at the onset that the concerns of most Nigerians about the use of the $322.5 million for the conditional cash transfer programme, instead of a legacy project with more visibility and impact, is both valid and understandable. However, the use of the funds for cash transfers is an outcome of months of negotiation that enabled the repatriation of the funds in the first place.

The court order in Switzerland that commenced the repatriation process was made conditional on the involvement of the World Bank in supervising the use of the funds to prevent their mismanagement and re-looting, as has been the case in the past. To enable the mandatory involvement of the World Bank in the process, the money had to be used in a subsisting programme of the Bank in Nigeria to enable it to use its existing monitoring and broader institutional resources to monitor the use of the funds. Since the Bank already had a social investment programme running in the country, the decision was taken to channel the funds to the cash transfer component of this programme. This would also mean that the funds would be “used for the benefit of the people of Nigeria”, which was another condition in the MOU.

The use of the funds for the cash transfer programme is therefore largely a result of the pre-conditional involvement of the World Bank. The conversation now needs to move beyond this to ensuring a transparent, accountable and equitable use of the funds for the designated purpose; providing safety nets for the poorest amongst us. It is worth noting that this objective to use the funds transparently and accountably would be no less expedient if the funds were used for a legacy project, especially in the light of the issues of corruption that continue to plague such projects in the country.

The question of the usefulness of N5,000 to help poor households is one that has been of major concern to many Nigerians since the introduction of the cash transfer programme. Whilst this question appears logical in the light of the economic realities in the country and the rate of inflation, it is equally important to have a cautious and open-minded approach towards a programme of this nature. Since these funds are supposed to be transferred to the poorest in the country, it is important that, rather than viewing the potential impact from our own perspectives, we consider the perspective of the targeted beneficiaries themselves. In the midst of all these issues, the most important factor that has led us here is the lack of an established legal and institutional framework for the recovery and management of looted assets. Exerting our efforts in trying to undo most of what has been done so far with regard to the current tranche of repatriated $322.5 million will achieve little if a framework built on transparency and accountability is not established.

[About the author: Dr. Ayibakuro Matthew writes from Benin City.]

Continue Reading
You may also like...
Related Topics:abacha, loot, shared