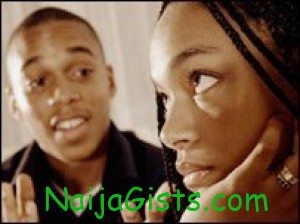 Please walk with me through this piece I’m writing because I don’t have the answers but I want them. I would like to understand how it is- moving back and forth across the thin line of discovery in relationships. naijagists.com

When I say ‘relationships’ I mean the wide canopy of the definition of the word: man and wife, parents and their child, boss and subordinate, religious leaders and congregants, political appointees and the electorate.

Trust is an important part of any relationship and most of the time, it is what oils the wheels of these relationships and makes them function smoothly. However, when that trust is broken, there is that urge to justify such actions, especially if the person who broke the trust is interested in mending fences.

A lie is one of the guilty tools in the breach of trust yard. It is sometimes called a slight discoloration of the truth or sometimes known as a withholding of information for the protection of the other party. There’s really no way of putting it nicely; a lie is a lie and a lie, no matter the intentions behind the telling of it hurts and stings like hell.

“There was never a right time to tell you.”

Tell me I am alone in this reaction to these words: fury. By the time someone tells me this, it only further fans the embers of my anger and the knowledge that this is probably the truthful reason behind why a fact was concealed from me. Which only makes it more painfully ironic. However, sometimes I stop to think about the person who has had cause to tell me an untruth or kept something from me. What was the reason behind it? Was it to hurt me? Or was he/she trying to protect me? So I want to get off my pedestal of self righteousness and ask the question- When IS the right time to rip off the band aid? When is the RIGHT time to tell someone you have not been completely truthful to them? And when is the perfect time to ever be told the truth?

I had a boyfriend once who was living in the UK illegally. I had no clue until one afternoon he left his passport lying around and you can imagine my astonishment as I thumbed through the pages and I realized that his UK visa was a visiting visa. After a scream fest he said to me in the calmest voice possible: “There was never a right time to tell you.” I was angry but I couldn’t do anything about it. At what point would he have told me- “Oh by the way, I live in the UK illegally..”

Sometimes we’re quick to pass judgment on people who hide the truth from us but then are you ready to listen to the truth? Will we feel a little better knowing that the government lied to us during the campaigns? When do you feel is the best time for your fiancée to tell you that he didn’t want to tell you his genotype is AC after knowing the horrific experiences you’d had before you and him got together? When is the perfect time to tell that child that he was adopted and although you love him more than life itself he isn’t your biological son?

We all have little secrets tucked away that we are unsure of how people we love would be affected should we suddenly unburden this truth on them. Sometimes you’re not hiding this truth as a result of wickedness but because you just don’t want to have to saddle the person you love with the guilt you are probably carrying around too.

So is there a perfect time to tell your best friend that you slept with his fiancée when you know he has boasted of her being the purest lily in the garden, as virginal as they come? How do you say to your best friend that his British passport didn’t go missing mysteriously but you and some other friends used it to organize ‘ori olori’ for another friend? When is the time ever right? Do you just go on in silence or do you just rip off the band aid and hope for the best? Walk with me, help me understand this because I’m very confused and I don’t want this to cloud my objectivity. Walk with me. (Article by Aderonke Williams Adeosun)