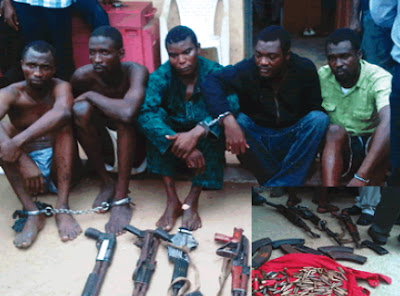 December 15, 2017 – Where Are The Preachers, The Custodians Of Traditional Values & Political Leaders?

Consider with me the following stories. First, a man sold his one-year old baby for N190,000. He also sold a neighbor’s son for N120,000. For what purpose? It was to raise funds to bury his mother-in-law. This is in 21st century Nigeria.

Second, recently, a father, alleged to have regularly defiled his daughter and threatened her with death if she ever revealed the secret, impregnated the 10-year old. The case was heard at a magistrate court in Lagos.

There is a third case. A 31-year old man was docked for allegedly defiling two sisters whose parents were his neighbors. This happened when the girls’ mother was sick in hospital. The girls were 2 and 4. He first assaulted the 2-year old. It was when he assaulted the 4-year old a day later that he was apprehended.

Are these true stories or are they fictitious? All cases are presently being litigated in the judicial system. But as we know, however the legal outcome turns out to be, it cannot determine the moral perversion they represent. These cases are a striking reflection of the state of the nation’s moral abyss. We are at the edge of hell.

Here, I focus on the first case. There is a Biblical account of something more sordid which occurred at the depth of the famine that occurred in Israel during the reign of Jehoram when Samaria was besieged by the King of Syria. In 2 King 6: 26-30, we read of two women who made a pact to eat their sons one after the other. They killed and ate the son of the first woman. But on the second day when the son of the second woman was to be killed, the mother backed out and hid her son. The first woman whose child had been eaten protested to the king. Upon hearing her complaint, the king tore his garment and covered himself with ash, a cultural sign of grief.

Though time is hard for many people with high unemployment and poverty, Nigeria is not in a famine. And though, the case of baby selling is not as grievous as that of infanticide, it is ironically worse in view of the purpose for which it was allegedly carried out.

Our fellow Nigerian sold his daughter and his neighbor’s child to fund the funeral of his mother-in-law. Not too long ago, this moral perversion was unthinkable. Traditionally, we value children more than gold. Omo laso (Children are irreplaceable outfits) is how the Yoruba verbalize it. One would sell one’s possessions to take good care of one’s children. Grandparents are sometimes even more invested in their grandchildren than the parents.

I start with political leaders. In the biblical story referenced above, Jehoram, the King of Israel tore his garment upon hearing the complaint because the case drove a sword through his heart. In the nation that he ruled over, it had come to that point when mothers resorted to infanticide and cannibalism because of famine. It broke his heart.

Does the story of child kidnapping, abduction, and selling break the heart of any Nigerian political leader? Does it occur to any political leader how their policies and practices might contribute to such morally repugnant and callous actions on the part of their fellow compatriots? Do they bury their heads in shame or do they laugh it off as they wine and dine with their mistresses in their private clubs in Dubai or Paris?

“How is this a matter of shame for political leaders?” you ask. The question is reasonable, but it shows a lack of familiarity with the constitution which each of them swore to defend and protect. Chapter 2 of the 1999 Constitution imposes certain duties and responsibilities on the state and thus on the leaders who voluntarily undertake to serve.

As declared in the Fundamental Objectives and Directive Principles of State Policy, among others, those responsibilities include 1. “the security and welfare of the people” as the primary purpose of government; 2. furthering a social order in which (a) the sanctity of the human person is recognized, and human dignity is maintained and enhanced; and (b) “children, young persons, and the aged are protected against any exploitation whatsoever, and against moral and material neglect.”

Surely, the security and welfare of the vulnerable among us, including children and the aged, is the constitutional and moral responsibility of the state and its leaders who ought to model decency, modesty, and dignity that followers emulate. While a few have been conscientious in the discharge of this responsibility, the majority have been the most despicable in its violation. They model ostentation and recklessness which followers struggle to copy. The result is the torpedo of ageless cultural values in pursuit of vainglory.

Religious leaders, especially those in the Pentecostal Order of Prosperity, are in general, not better off. While they are supposed to serve as the conscience of the nation, calling out sinful leaders as John the Baptist and his predecessors did, not minding the sacrifice that it involves (Elijah, Elisha and John suffered immensely in the hands of hostile kings); their focus is on peripheral matters such as the scriptural status of tithing. Those genuinely called to the ministry are in the minority. Those for whom the ministry is an alternative career for money making are many. In the circumstance, it is hypocritical of them to preach against the immoralities they themselves indirectly embrace.

On their part, traditional leaders, who are the custodians of the cultural values that are at the foundation of the nations that make up the country, find themselves at the crossroad of history. On the one hand, even if they are so inclined, they are no longer effectively in charge of their territories and so cannot evoke the authority of their ancient gods to sanction violators of tradition. On the other hand, however, many of them have been coopted into the club of modernity with emphasis on conspicuous consumption and possessive individualism. Therefore, they are not able to model modesty and integrity. Indeed, the partnership between traditional and political leaders have made matters worse for the values that make a nation great. How can traditional leaders serve as brake on the accelerator of political leaders when they depend on the latter for their own survival?

What makes our sample case so morally egregious is its combination of two atrocities. First is child abduction, which is against the constitution as discussed above. Second is desecration of the dead. This needs explaining.

To bury his mother-in-law, the suspect in our case sold his son and neighbor’s son. By so doing, he has tarnished the memory of his mother-in-law whose spirit must be turning in the grave that such an atrocious act was committed in her name and for her sake. We are not told how old the mother-in-law was. But I venture a guess that if she was properly taken care of in her life-time, she would probably still be alive. I further hazard a guess that the woman would have preferred to be laid down to rest without fanfare knowing the financial condition of her daughter and son-in-law.

There is another angle to the story. Many human beings are worried more about their reputation among their peers than about the deceased when they are unable to meet their public expectations concerning the funeral of their loved ones. This is an irredeemably obnoxious aspect of the modern Nigerian culture which reasonable citizens concerned about the future of the nation and her people must condemn.