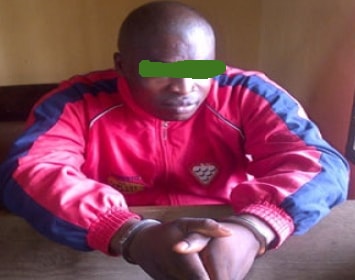 A Pastor identified as Ajayi Pius, has been sentenced to 10 years imprisonment.

He was arraigned on a three-count charge in June, 2013.

The cleric was charged with felony, stealing, fraudulently taking and converting N350,000 put in his care for house rent.

The “stolen money” was said to belong to Rufai Sefunmi Mercy while the crime was committed at Falana area of Ado-Ekiti, the Ekiti State capital.

The police prosecutor, Monica Ikebuilo, called three witnesses after Pius pleaded not guilty to the charges.

Pius gave evidence on his own and called a witness.

The presiding magistrate, Mrs Dupe Akosile, held that the prosecution proved its case beyond reasonable doubt and convicted Pius on the first two charges.

But she discharged and acquitted him on the third charge.

Pius was sentenced to six months imprisonment for felony and stealing with an option of a N5,000 fine.

He also bagged six months imprisonment for fraudulently taking and converting N350,000 also with an option of N5,000.

The jail term was to run concurrently while the fines are to be paid in cumulative.

Pius paid the option of fines.