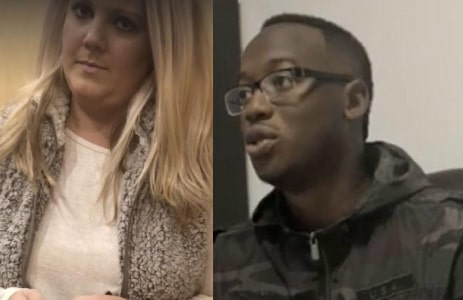 The middle-aged woman who lost her job after she attempted to stop a black man entering his apartment building in St Louis has opened up.

In a recent chat with KTVI TV, Hilary Thornton who said she is not a racist disclosed that she was just following the building’s procedure not to allow a stranger into the building..

“My only intent was to follow the direction that I had been given by our condo association board members repeatedly and that is to never allow access to any individual that you do not know”.

“I simply asked him if he lived there because the direction from the condo is so repeated that if you do not know the person, you do not let them in,” she said.

She added that she followed him to his room until she realized he had door keys to get into the apartment.

Hear her own side of the story in the video below: