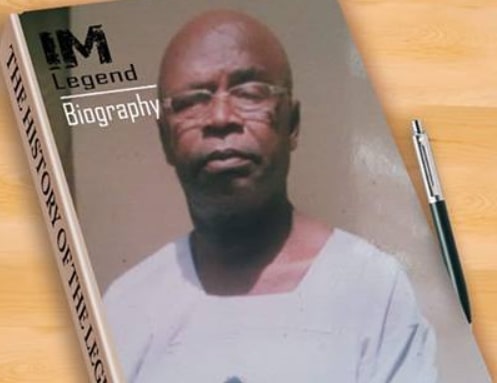 I am pained beyond measure on the death of Prophet Anthony Nwoko who was allegedly murdered this week in Enugu.

I have known Prophet Nwoko for over 20 years as a journalist. In these 20 years plus, no week passed without him calling me on phone.

Nwoko who had a profiting printing firm in America, relocated to Nigeria after he said God had asked him in a vision to come back home and take over the leadership of the Celestial Church, and through that means, change Nigeria and the Igbo nation.

At the Celestial Church, he was mocked, hounded, rejected and eventually thrown out, but this was after he had predicted the death of Alexander Abiodun Adebayo Bada who succeeded Oshoffa as well as the death of Philip Hunsu Ajose, who died in March 2001 and who succeeded Bada.

His prophecies were real and direct.

But being human, he veered off when he went into promoting the Igbo agenda. I told him to concentrate on the work of prophecy that God had called him to. I warned him.
I had followed him every where, from when he was thrown out by the Celestial Church to where he found a hut made with zinc in Ajamgbadi, to when he relocated to Enugu.

Three days before his death, he called me and said members of IPOB were threatening him:

“They have been calling me with different lines, making different phone calls, threatening my life. Even if they kill me, I will return with the light of heaven”.

Now i regret. I would have listened to him the more. I was in a haste to end the call because it was 6.30 in the morning and I was still on the bed.

It is unfortunate that such a poor, poor fellow who could not hurt a fly, whose only power was in the potency of his prophecies and in the pungency of his tongue, could be murdered without mercy.

A man who had no known wife or children; no house or property, no car or money…just nothing.

But then, he saw his death coming. A day after we spoke, I saw his postings on his social media accounts, pictures of when he was in America, a young, robust, fresh and vibrant young man.

A voice just whispered to me: “this is unusual of Prophet, something I have never seen him do before…I hope this in not part of a nunc dimitis…”

Prophet Anthony Nwoko, may your soul rest in peace.

His Last Video On The Social Media

NG Changes Mode Of Operation…Night News Update Begins Today
The Atmosphere Has Become Toxic. Life Has Become Cheap & Meaningless. What Is The Way Of Escape?